Dreaming of midsummer and after... 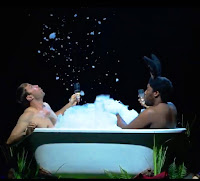 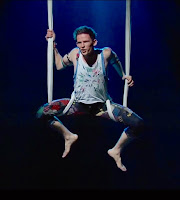 And now, for anyone missing the Midsummer Night's Dream theme thriving in early June, there's another version of the streamed-theatre's favourite play: this one from National Theatre at The Bridge, and the most exciting, innovative, and enjoyable of the three. Much of the delight in this interpretation came from the unusual way the two sets of rulers, mortal and fairy, are merged: this is the usual policy in casting, for dramatic reasons as well as convenience, since the conflicts of both royal couples echo each other, but the master-stroke in this production is the reversal of the storylines for Titania and Oberon: not only is it irresistibly funny to see the besotted fairy king sharing a bubblebath with Bottom the ass, but this 'taming' of a domineering lord by his angry lady also works better for relationship between Theseus and Hippolyta.

There's witty, but not over-milked, impro among the 'mechanicals', there's trapeze swinging for the fairies, audience involvement, and the soundtrack - from Beyonce, Florence & the Machine and Dizzee Rascal to the London Symphony Orchestra - is great. Nick Hytner directing this 2019 production emphasises the 'dream' aspect of the story and makes sense of the extremes of emotion in the forest by a set with floating beds as the four lovers imagine their own passions becoming confused - it's odd, but it works. 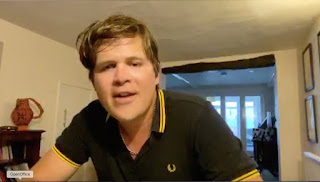 When Luke Wright's solo poetry-play What I learned from Johnny Bevan was staged in 2016 it won awards for both writing and performance and was hailed by critics as a 'blistering story of our times.' Back then, Rosie Finnegan - the inspiration behind our co-directed pub theatre production company Nevertheless - joined me in  Soho Theatre to see this powerful personal parable of hope and political disillusion and we were both overawed by the combination of drama, poetry, and polemic. Applauded at the time for its questioning of the developing values of both the main UK parties, four years on Luke's online revival is even more pertinent, and his intimate, informal, performance on Wednesday lost none of the impact.  (And Luke still looks like he'd get questioned trying to buy alcohol... an enviable problem. ) 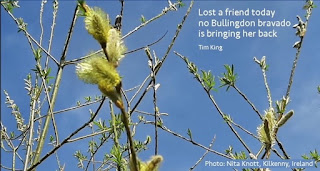 Liv Tork's inspirational weekly posting of haiflu - haiku sent to her from round the country and beyond, to chronicle lockdown - is now compiled into a 40 minute film of still shots - all poignant, not all sombre, some breathtakingly moving. The photographs paired with them are superb and stunningly well chosen - this really is an amazing pulse-beat record of this summer. 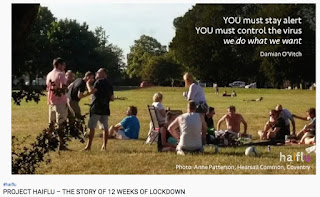 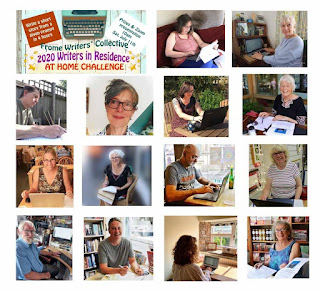 And in other word-related news: The enterprising team at Frome Writers Collective have managed to fulfil one popular Frome Festival feature despite lockdown, by organising their annual Writers in Residence contest as an 'At Home Challenge', within the usual time constraint between receiving the title and handing in the finished piece. Prizes and zoom presentation will be on July 11th. And for those missing live readings: The Poetry Place on West Wilts Radio, hosted by Dawn Gorman with Peter O'Grady, offers recorded shows featuring guest poets - Frome's Claire Crowther is one - available on 'Play Again' here. This month's show on Sunday had an excellent quartet of guests including eco-poet Helen Moore.  If you have poems of your own you'd like to share and are mourning the cancellation of the July Poetry Cafe (postponed, like the rest of the Frome Festival programme in entirety, until 2021) then do consider posting your piece on the Frome Poetry Cafe page - not as much fun as seeing the audience's faces, but you can add an image and your words will be preserved! (but don't do this if you plan to submit for publication,obvs.)   Prose workshops from Story Friday organiser and skilled practitioner Clare Reddaway are running online throughout July - contact her for dates - and, still loosely on a theme of story-telling, if you missed the social history show Three Acres and a Cow (as sadly I did, though I have seen this excellent show live) then do dip into their resources - a salutary story still hugely relevant today. 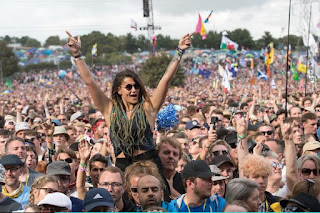 Little to say about music... you've probably all got your favourite sites and connections, and if not just put on the tele for Glastonbury (very tactful of the weather to provide rain this weekend to console us to this loss) where, from a 2017 set by Frome's most famous fans the Foo Fighters to a documentary  on the history of the John Peel stage, you can enjoy the whole experience barring the aromas and the merch. Enjoy the slowly ebbing summer, everyone!
Posted by Crysse at 5:15 PM