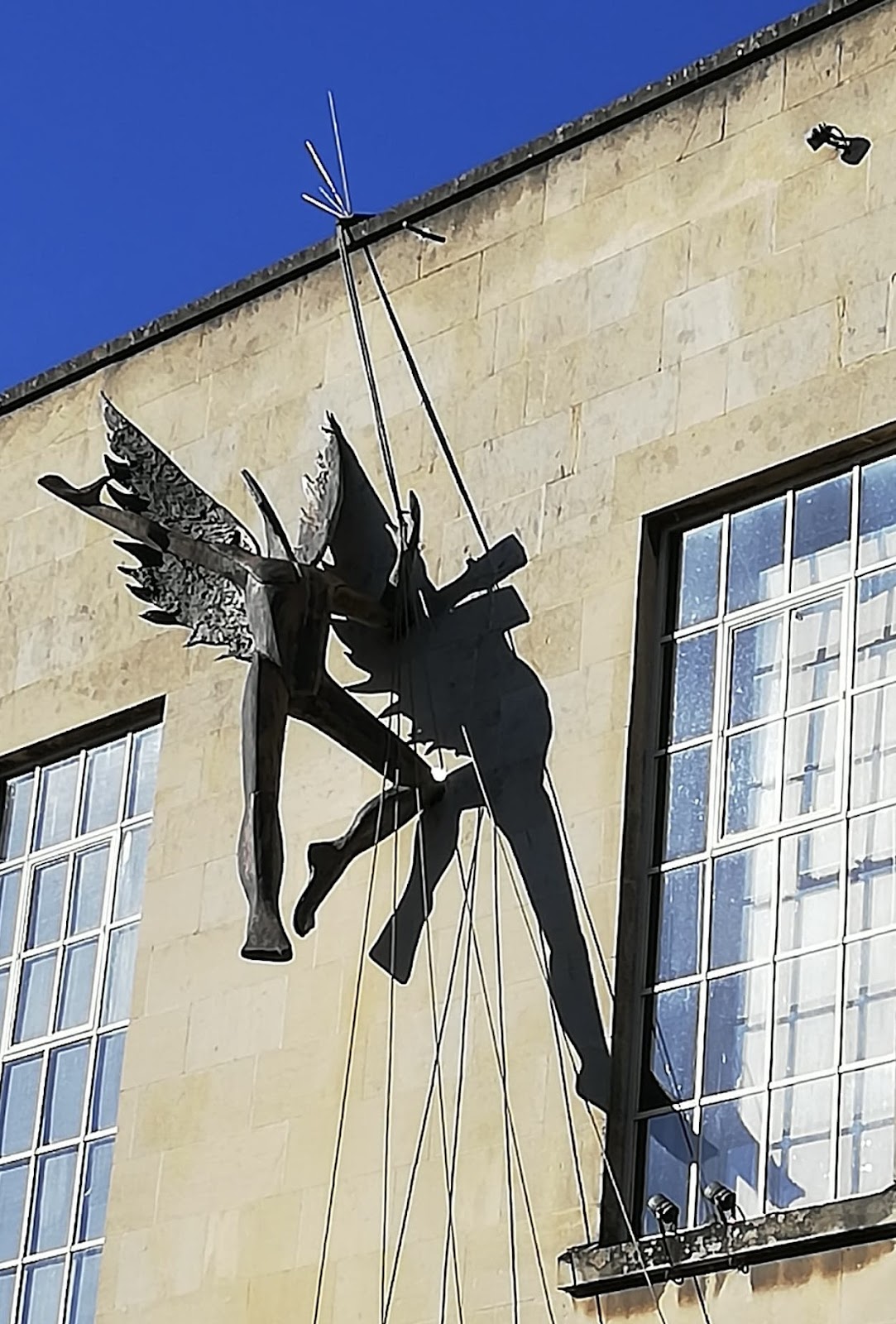 A midweek detour to Bath, for a new production at the Ustinov Studio which you really need to know about:

Shakespeare's final play is tantalising to producer and audience alike. The Tempest is crammed with all the bard's themes - betrayal, revenge, true love and clownish absurdity, psychological insight and romantic fantasy, and often seen as the final conclusion of his reign as magician/storyteller, but this production adds more, revealing themes and prototypes as timeless as today's headlines. Here's a coterie of political plotters, here's inept clowns struggling to seize control, believing in their own delusions. And here of course are Shakespeare's counterpoised captive spirits, both confined in roles they are desperate to escape. Ariel (Dickie Beau), seeming traumatised by terror of his master, is finally freed, while defiant Caliban ((Edward Hogg) continues to suffer - interestingly this Caliban is no monster and seems largely to have been degraded by mistreatment. But Prospero of course has acted protect his daughter, the gorgeous Miranda (Tanvi Virmani), a fit consort for this handsome Ferdinand (Pierro Niel-Mee).  Nicholas Woodeson as Prospero is mesmeric, and the two groups of conspirators, overlords and underlings, are both well played - the drunken trio as drunk as you'll ever see them, piping alcohol into their mouths as they plan their work-event in Prospero's domain. Most memorable of all, the set (designer Christof Hetzer) is a living presence in itself - an extraordinary wasteland, violent and magical, with real stones, real mud, and a backdrop that converts from storms to faerie theatre shows. 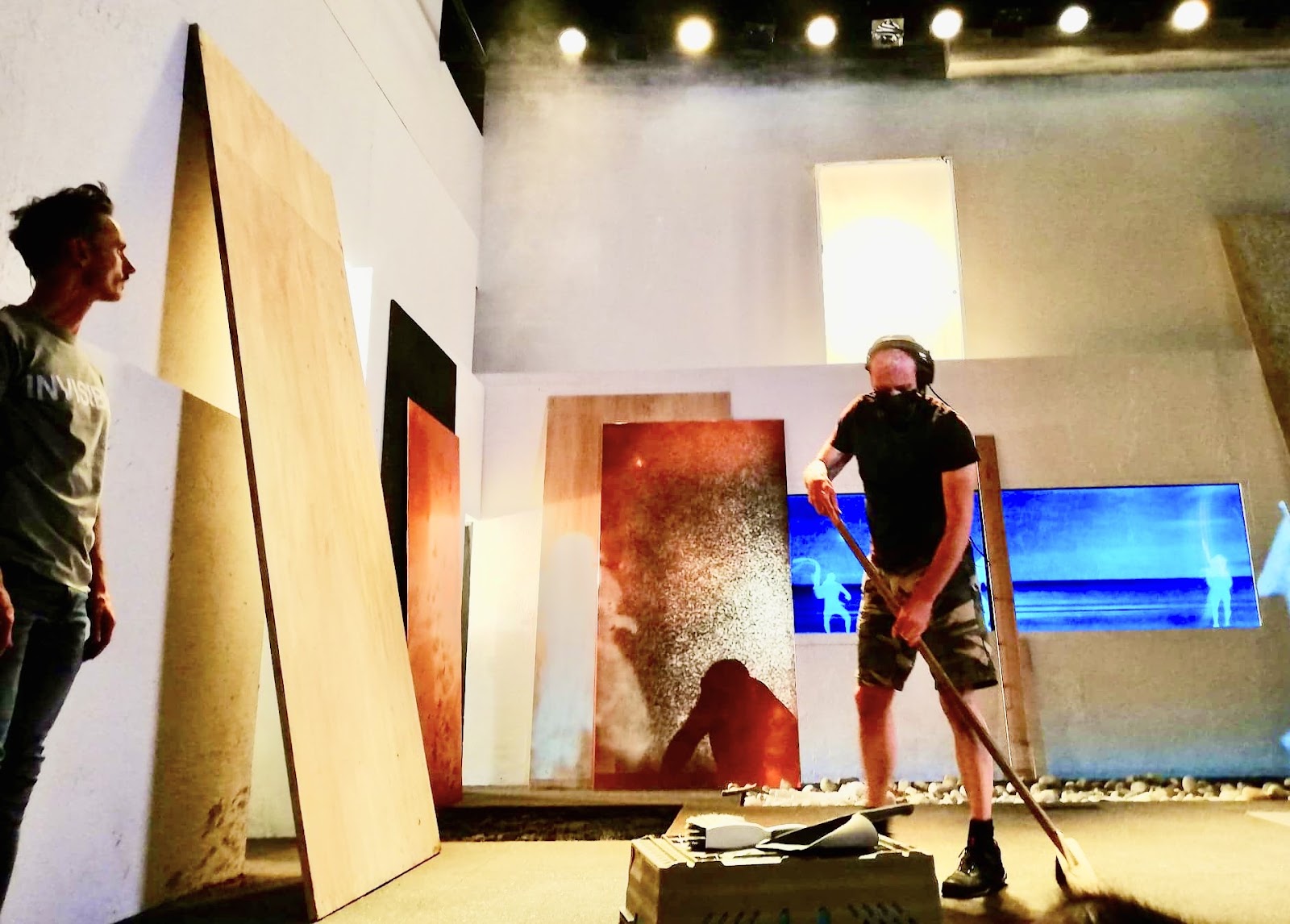 This is the first production under new Artistic Director Deborah Warner at Ustinov Studio. It is amazing throughout and, from the unusual start with Ariel watching the set being readied, nearly three hours disappears with constant unsettling and brilliant surprises. We stood to applaud at the final curtain.

Email ThisBlogThis!Share to TwitterShare to FacebookShare to Pinterest
Labels: The Tempest, Ustinov