Mostly outdoors, with added foraging, art, and a look ahead 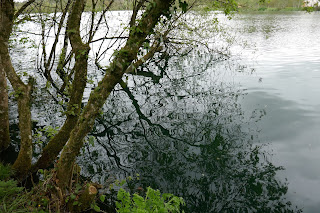 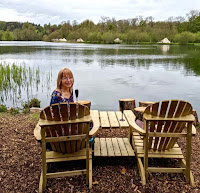 What a difference a week makes. Last Sunday's return to real-time contact with the band at Prestleigh seemed almost surreal, but seven days later it feels not only delightfully relaxing but perfectly normal to be meeting friends at Marston Park, the still-in-development glamping site with fabulous lakeside views, so I'll start there - thanks Rosie Eliot for the introduction, the walk, and the snap of our bubbly-pitch watching a grebe swanning around the ducks. Marston Park will be a featured site in the upcoming Frome Festival too, with several local bands booked to play - and it's a wonderful afternoon stroll, especially when the woods are thick with garlic and bluebells. 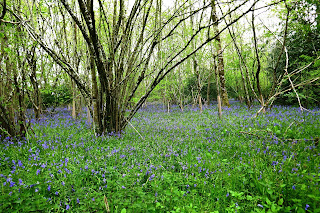 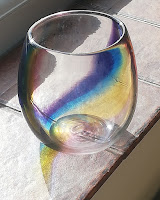 My trip to St Algars Yard to see the art studio work on display for the Wyle Valley Art trail once the gales had subsided was rewarded not only by some fabulous paintings, glassware and pottery, but also by a tour around the studio grounds which are simply beautiful. Legend has it that the bones of Ælfgar of Selwood, or Saint Algar, were buried in a chapel here, with a 16th Century report by John Leyland, Henry VIII's chaplain that they were venerated "superstitiously by the folische commune people". After Henry's land-snatch of all monastic property, the chapel was absorbed into the farm but this area is now thought to have been making glass since Roman times, making St Algars the first glassworking site in the southwest. Here's the site, and the gorgeous glass I bought from Sonja Klinger. 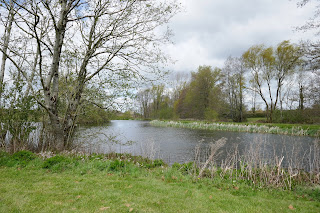 And as wild garlic colonises the woodland around Frome - with a total takeover in North Parade woodland, a secret parallel world running alongside the main road largely unknown - the tiny trees installed in and around the town are beginning to show leaf. The baby oak in the Millennium Green is in leaf, and so too is another protege of tree-guru Julian Hight: the sycamore planted last year to commemorate the Tolpuddle Martyrs - this is how it looks now, and you can read the full story here.

Still with an eye on life outdoors, though the talk organised on Wednesday by Tina Gaisford Waller, manager of Hunting Raven Books on Wednesday was on zoom: David Hamilton has written another fascinating book about the treasures of our natural landscape: Where the Wild Things Grow is a forager's guide, and David's lively talk illuminated the nourishing and tasty possibilities growing all around us. Mushrooms and nuts, obviously, but also grasses, leaves, buds and roots, all discovered by taste trial - and possibly occasional error - by David over his years of study in town & countryside, coast & woodlands. The talk was organised as following a long walk in our local area, with daily recipes all created from plants passed in that day's terrain. 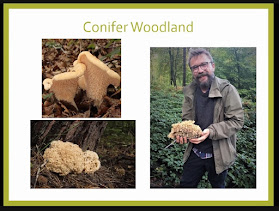 Also on zoom - for the last time, fingers crossed - was the Proof Pudding Club meeting to share book reviews of upcoming possible top-titles for Hunting Raven Books, always an interesting session though my overheating MacBook required me to leave before the end this time. My random pick from options offered was a story collection entitled The Office of Historical Corrections by Danielle Evans, which appealed since my own current writing project involves gathering my previously-published short stories into a collection.  Danielle's book is worth buying for the title tale alone: a Kafkaesque narration which turns slowly fearsomely, inevitably, violent as the significance of such 'corrections' is explored. With the conflictive responses to Colston still resonating, we in England should perhaps take heed.

So as we edge cautiously back into what we used to once consider normal life, hopefully with lessons learned and not too much sorrow incurred, a quick preemptive look to the summer ahead: as well as the camping and glamping sites around the area, Frome town is looking forward to the return of its annual Arts Festival - reduced in size but with plenty of outside activity and a covered stage on the ECOS amphitheatre. I've already plugged the Poetry Cafe - Tuesday July 6, 8pm - only £5 for the always-brilliant open-mic session plus the ever-sensational Liv Torc as guest - but there will be much more on that stage - see the Merlin lineup - and of course elsewhere. So hopefully we can all look forward to less zooming and more meeting, connecting, and laughing.