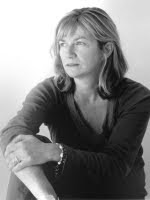 "If you want to write a play, write it - don't depend on funding, all you need is determination" was the staunch advice from Nell Leyshon at the South West New Writing Network meeting at the Lighthouse Theatre in Poole on Friday. Sensible too, considering the data emerging from the panel discussion - viz: in the last 5 years production hasn't increased but there are now four times as many playwrights and "New writing has gone off the Arts Council table full stop."
The State of Play in the South West was the topic under discussion, with David Lane as Chair posing the opening question: "There's a tangible passion to create new writing in the south west, but unlike other areas we don't have a big celebratory event, and we don't have development agencies networking with theatres to get new writing seen - do we need these?"
The second point was the one that stuck - does development really help, or should the writer's apprenticeship be an essentially solitary pursuit? I never got to find out the difference between 'development' and 'dramaturgy' other than that the first appears to be for the writer and the second for specific plays. My dramaturge is brilliant, and his input is crucial to my apprenticeship, which seems like the best kind of development to me. Try, fail, Beckett said, try again and fail better. An empathetic guide can help you do that, even if there's still not enough money or producing venues. Like Nell said, the world doesn't need another play, it's just that we writers need it write them.

This was the week summer came barging blithely in, elbowing diffident spring out of the way with vast armfuls of blossom and leaf. Make the most of it, we advised each other sagely, it may be all we get this year. Or at least those of us did who aren't stuck somewhere else being VAVs - the in-the-groove acronym for volcanic ash victims. I'm not sure if VAVs officially include evacuated farmers who watched glacier-melt torrent wash away their roads and herds... Strange days indeed.

Days for reacquainting with the garden, and a week for subtitled movies too: in the cinema Lo sono l'amore, directed by Sicilian Luca Guadagnino - a complex, often sombre, family saga featuring Tilda Swinton and lush cinemaphotography of confident, perhaps over-confident, visual lyricism.

And on DVD, a very different take on patriarchal continental life in Être et avoir, director Nicolas Philibert's equally beautifully-shot documentary from rural France. It deservedly won heaps of awards but I was sad to read the charming teacher tried to sue for some of the profits when this quiet movie scooped big box-office and prize money, claiming his recorded words made him a co-writer.

And finally... the musical version of onomatopoeia, possibly my silliest poem ever, has now topped 5000 views on Youtube - thanks folks and thanks Howard for the movie!
..
Posted by Crysse at 11:00 PM

Email ThisBlogThis!Share to TwitterShare to FacebookShare to Pinterest
Labels: I Am Love, onomatopoeia, swnwn