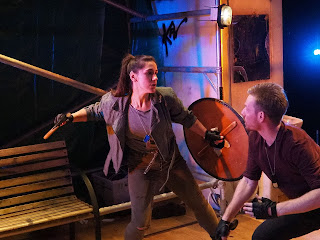 Greed, powerlust, and violence… Macbeth’s story hits current themes with disturbing impact, and this production from Beyond the Horizon highlights these aspects in the tragedy of misgovernment by a leader seeking glory without integrity. 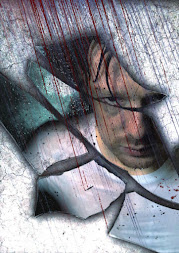 Impactful and esoteric, this highly unusual production brings a new edge to Shakespeare's famous tale of 11th Century power struggle in Scotland. With James I on the throne and magic his favourite theme, the bard celebrates (and exaggerates) his Scots lineage, and adds supernatural embellishment too. The fateful predictive witches are a real highlight, all created by volatile fingering as - somehow combining Lear's Poor Tom with the Cabaret emcee in a dazzling spangled jacket - Luke Hardwell (pictured below) takes on their personae with his long white gloves... one of the production’s imaginative highlights for me.  Visually there seems no dominant overall design scheme: costume ranges from antiquarian fighting kit (there’s a thrilling start to the final battle as warriors spring on stage brandishing a diversity of shields) to Man at M&S, the apparent choice of Ross, but the stark scaffolding of the set seems to suit every scene, creating an atmosphere of tension both in the violent interactions and the equally terrifying quiet intensity. 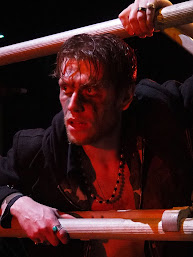 The seven acting members of this ambitious young theatre company are a strong team, successfully doubling disparate parts:  Katherine Aldridge’s Lady Macbeth is convincing in her ambition and poignant in her collapse, and director/producer Adam Lloyd-Jmes in the title role is mesmeric in every scene. With its radical approach and adventurous interpretations, the upcoming tour of this young company deserves massive success. Bath's Rondo Theatre hosted this production, which will now tour. 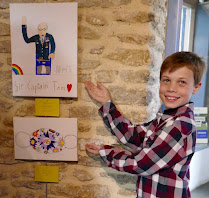 Back to Frome now for the opening night of Portrayal of a Pandemic, a fantastic multi-media exhibition at Black Swan Arts. Active and In Touch Frome, a charity offering support to anyone lonely or in need, had the inspired idea of creating an art exhibition to reflect 'the emotions of lockdown in the community, both positive and negative.' Resulting submissions are on display in the Round Tower all week, and represent a marvellous range of interpretations in a range of media from contributors of all ages.  Here's Heath Date with his winning portrait of Captain Tom, and David Thompson, winner of the written word category, whose poems will now be published by Hobnob Press. 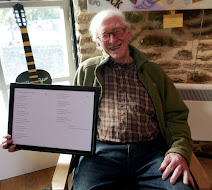 Some entries focus on 'comfort' aspects of isolation with impressive craftwork, others engage specifically with the plague, creating pictures of the virus. The awesome image below is The Mental Health Garden by Nicole Medin, representing nine of the recognised disorders: bipolar, anxiety, ADHD, bulimia, dyslexia, insomnia, depression, Meige syndrome, and Alice in Wonderland syndrome. This last condition, causing visual distortions and 'derealization and depersonalisation' was only identified in 1955 and is sadly on the increase - apparently Dodgson suffered it himself, so his little heroine was facing his experiences defeating his dragons by proxy. 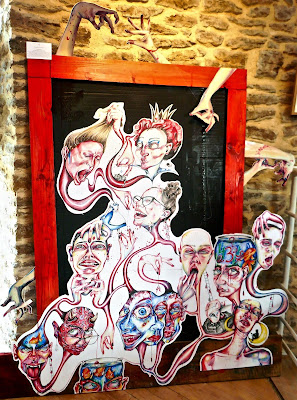 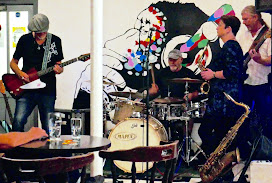 The Patsy Gamble Blues Collective arrived at The Sun on Saturday night to deliver their 'jazz funk saxy fusion' to a severely under-attended audience (though nice for those of us anxious about crowds) and lived up to all expectations. As a sessions musician Patsy has worked with top names and toured extensively at home and abroad and her line-up for this little gig in our local was superb, with Mike Hoddinott defying the speed of light in his epic drum solo. 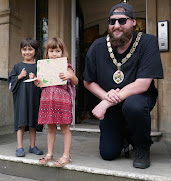 Also in Frome: On Saturday Mayor Andy welcomed the Afghan Refugee support group at the Town Hall, where hot tea (with non-lactive milk alternative) was on offer ("Only in Frome" we murmured). Support from the town council was assured, but not from our MP Mr Warburton, but he does live thirty miles away...

This week heralded the return of the famous Frome Independent after its long covidic absence. On one of the sunniest days of the year, the town's streets and alleys were again filled with stalls and entertainment. The busking stage featured several excellent performers including newly-formed Unit Four, pictured here, and a temporary skittle alley in the market square urged passers-by to help break the current world record for the most participants in an 8-hour game of skittles: here's local celebrity 'wellness guru' Cheryl Sprinkler taking aim for her first shot... 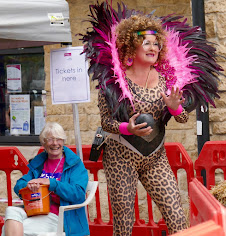 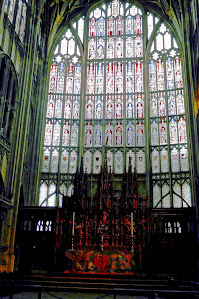 Ending back at the start of the week: Bank Holiday Monday is the ideal time to swerve holiday destinations - especially when the sky is doggedly grey - and stay under a roof, like the glorious one of Gloucester Cathedral.  As a lifelong baffled atheist, places of worship don't usually lure me but a guided tour with the Wiltshire Lifetime Award winner for historical study Dr John Chandler (a title not as terminal as it sounds) was too good to miss. The interior of this massive edifice of vaulted cloisters is crammed with centuries of tombs and sculpted monuments, all surrounded with glorious stained glass windows.  The Great East Window, installed in the 1350s, was once the largest in the world - this credit moved in the 1960s to Illinois - but being as big as a tennis court is impressive enough.  Edward II is buried here; Ivor Gurney, first world war soldier, poet and composer, has a stained glass window in his honour, and there's an extraordinary monument to Robert Curthose, William the Conqueror's eldest son, which apparently represents the active battle pose of a crusader. The whole place is spectacular, within and without. Coffee at the docks afterwards was nice, too. 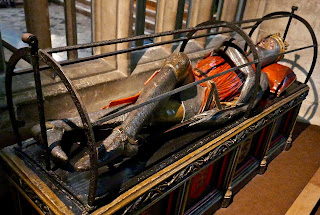