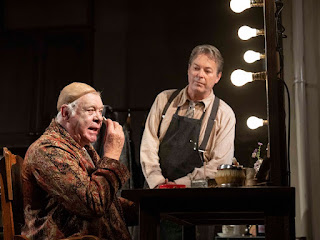 This week began dramatically.
"No man is a hero to his valet" Hegel allegedly said, yet there's always a strong relationship between the server and the served, and perhaps a mutual caring beyond the annoyances that constant close contact inevitably causes. The Dresser was written by Ronald Harwood, who held that role with Donald Wolfit for many years, and recounts a night in the life of bombastic ageing actor on a UK tour during the last war.  A new production at Theatre Royal Bath recreates the glamour and the perils of that fragile, defiant, era, with Matthew Kelly giving an impressive performance as 'Sir' and Julian Clary in the title role. (image: Alastair Muir) 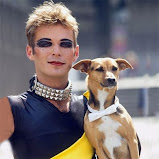 I've been a fan of Julian Clary since the days of Fanny the Wonder Dog, long before that 1993 fisting gag that led The Sun to claim moral outrage and demand him banned from TV - perhaps surprising from a newspaper which continued to promote naked mammaries for salacious enjoyment for a further  22 years - so I was looking forward to his interpretation of the title role. However, director Terry Johnson possibly decided against having two outrageous characters onstage at one time: while Sir ranted like Lear on the heath,  his dresser's performance was so muted it seemed almost like a rehearsal run-through. This revival, a co-production with Cheltenham Everyman will now tour, with dates already booked till February. 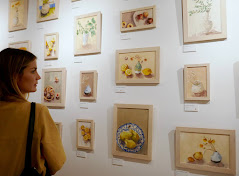 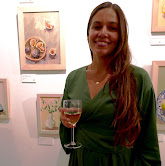 This has been a particularly good week for wall art in Frome: the Gallery at the Station hosted Simply Still, Holly Brown's debut exhibition of paintings in both traditional oils and experimental use of natural pigments. This display space was converted from an old warehouse and worked superbly for Holly's lovely lucent images.

Twelve Frome artists are participating in Somerset Open Studios which started on Saturday and will run until 3rd October - definitely do pick up a brochure as this is a brilliant opportunity to talk to creatives about their process. Six of the studios at the Silk Mill are open, including Dan Morley whose mezzotint and painted still life images are exquisite: this is one of his 'little ritual' series. 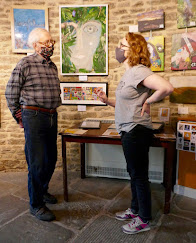 The moving and powerful Portrayal of a Pandemic exhibition curated by Active and In Touch at Black Swan Gallery was extended for an extra week due to continuing interest (thankyou Frome Nub News for using my images to share this news), and David Thompson, winner of the poetry category, met up with the judge of this category Tina Gaisford-Waller, dynamic manager of Hunting Raven Books, at the gallery last week. David 's collection of poems,  Days of Dark and Light, is now published so he joins Pete Gage in the Hobnob Press hall of Frome's poetic fame. Frome Mayor Andy Wrintmore talks in the current edition of The Giant Pod to Pete about Fifty-Six Poems,  his recent collection - (thanks for the shout-out, guys!) - you can listen to the podcast interview here - and here's David discussing his winning poem with Tina. 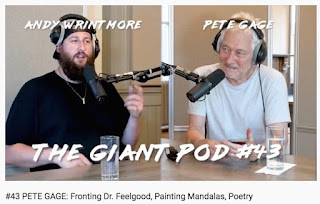 In music news: sadly, that exhilarating flurry of outdoor gigs allowed by the long mild evenings has dwindled as we trundle reluctantly into autumn, but with care and flow test kits, indoor options are now being explored. The Octopus Studio in Bruton was the venue for a memorial that was bittersweet but unforgettably brilliant, celebrating with sadness, love, and big talent, a recent loss from the local musician fraternity. I know that Chris read this blog, because we met up sometimes to talk about writing, but his big talent was music and Saturday night was a live music dancing party in his honour. Here's just two of the bands: Brue River, and The Johnsons. 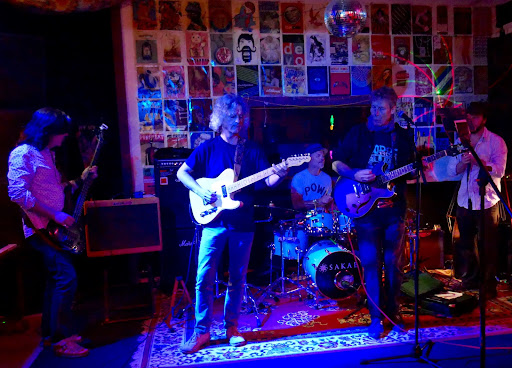 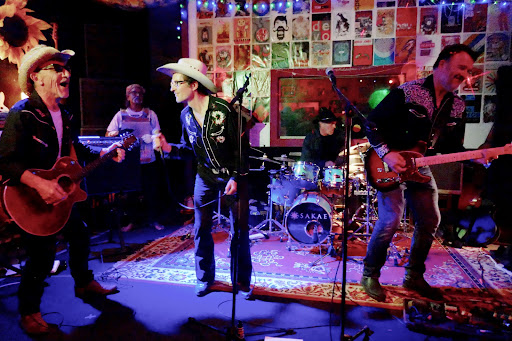 And finally: top walk of the week was a long prowl around Harridge Wood, about 10 miles from Frome and a stunningly beautiful area of dense foliage, streams, and cascades - bright with sinuous rills, as Coleridge might say. This area was apparently predominantly used for coal-mining for 500 years, from the 1300s onward, so among the overgrown relics of this industry are the 'bell pits' that medieval coal workers used, and the leats they created to carry water to power their shafts. Nature has reclaimed the abandoned areas, apart from some mid -20th century planting of coniferous trees for timber.  The whole area is now primarily a nature reserve, with a bat house, thriving bird life, and a thriving population of butterflies, birds, flowers, and fungi: my thrilling find, since apparently these are only rarely seen, was a spiny puffball, the size of my fist & dark brown - both indications of longevity. 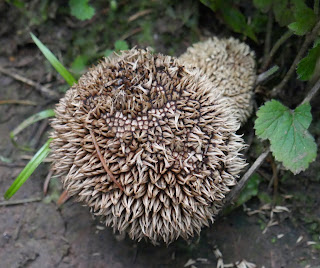