As we in the Southwest shuffle with fingers crossed into festival season, at present time there's much to look forward to. Frome Festival has a full programme out, and Bath Fringe Festival - always influenced by the creative energy of the students as well as the city's established traditions of music, theatre & comedy - is spilling with great-sounding events and exhibitions, many of them free.  Rosie and I went along to see a late-night production of a new play by Gabrielle Finnegan (who Frome audiences may remember from our Nevertheless production Time Slides for the 2016 Frome festival) at Widcombe Social Club on Monday evening. Gabrielle joins the two actors as narrator of Cat and her Whittington, retelling the familiar story from a modern perspective & a self-avowed Marxist feminist view. Full of factual data and angry polemic, this unapologetically transgresses the general rule that entertainment shouldn't preach, but all the case-study situations are realistic and the link narration, delivered mainly in panto-style rhyming couplets, is witty as well as vehement. Personally I really enjoyed it - this is a director/performer to look out for. 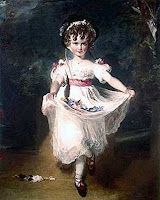 Still lingering in Bath, the Holburne Museum is reopening, but - like several theatres in the southwest, with a sympathetic eye on those still not comfortable with - or able to - travel, so there's an online exhibition of the works of Thomas Lawrence, introduced by curator Amina Wright and free on Youtube. Lawrence's reputation hasn't survived so strongly as his rival Gainsborough, whose famous Blue Boy (painted in response to his Red Boy) hangs in Dulwich Picture Gallery, a regular Sunday-afternoon-walk from my parents house when I was a child. Late 18th Century art was more admired at that time, and a reproduction of Lawrence's painting of Miss Murray hung over my bed as my father had, in a rare moment of sentiment triumphing over gloom, for some reason decided she looked a bit like me. 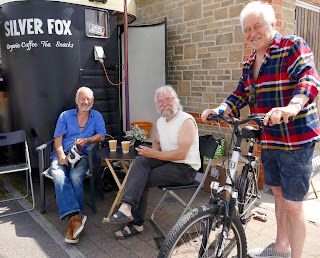 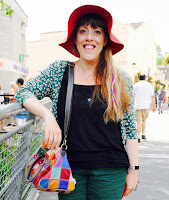 And the fabulous sunshine has led to a scatter of outdoor gatherings, as well as some wonderful walks and incredible floral displays along hedgerows, fields, streets and gardens. Saturday's market was full of the usual displays of plants, craft, garments, jewellery, cakes and coffee stalls, with the Tribe busking on the bridge. Here's three popular Fromites - a writer and two musicians - spotted by an appropriate stall, and Somerset's favourite poet Liv Torc.
Live music has already returned to the streets of Frome with Frome's Tribe taking position on the bridge on market days, and on Sunday afternoon the boys took the open-air stage at Marston Park. Rosie and I walked there down the lanes and across the fields, and enjoyed a great set of rock classics from the band in this beautiful lakeside location in stunning sunshine. 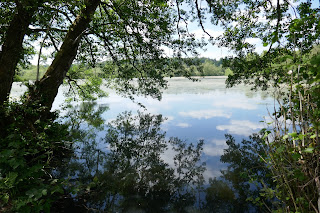 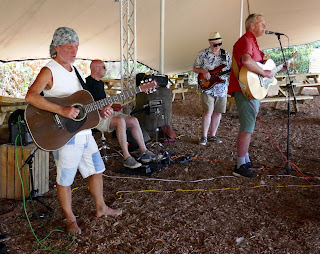 If all this seems too paradisiacal, there's still danger imminent: our tranquil southern fields are under increasing threat of obliteration by a massive housing development which would destroy a rural area twice the size of Bruton. There's nothing NIMBY about the protest at this prospect: the estate will have no facilities, medical educational or social, and will simply provide easy access to the bypass for commuters - these houses won't supply local need, and many may remain vacant while developers wait for the real value - the land - to increase. StopSGC is the link to support the protest. 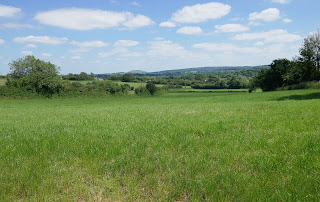 Ending this week with a quick shout-out to Frome Times, a local paper that reports the issues that actually matter. This week's front page features two environmental issues plus an award for the town's 'Active & In Touch' volunteer group: it's great to have a 'local paper' that follows and features the positive aspects of town life and the real issues. Frome Times is constantly an intelligent medium for actual news - you can read a digital version here.
Posted by Crysse at 6:26 PM