A week of theatrical responses & sunshine 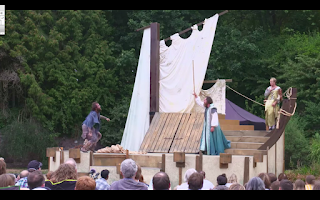 Open-air theatre is a thing that no plague can stop, it seems, with two productions streamed this week: The Tempest from the Lord Chamberlain's Men was a jolly way to pass a couple of hours but even if you know the play, it's quite hard to follow the story as delivered by seven shouty men, especially with Prospero focused on audibility rather than tonal range, and that masque sequence which is baffling at the best of times -

though the costumes, part-burlesque, part-dirndl, were fun. This production was clearly designed for performance in a large garden with a beer tent on a warm night but with a bit of imagination and a large glass of wine it was good fun. 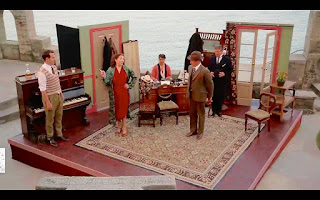 Miracle Theatre had no problems in conveying their story: they were making it up as they went along, allegedly, so incoherence was part of the fun. The Case of the Frightened Lady gave us Bill Scott's talented team, led by marvellous Ben Dyson, creating a who-dunnit by whirlwind improvisation to meet crime-writer Edgar Wallace's deadline for delivering a new novel to his publisher. 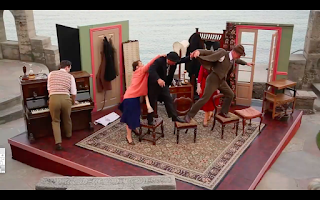 This was shot at a live performance at the Minack on the edge of the Cornish coast, which adds huge glamour, and is a wonderfully funny pastiche with great performances. Again, as often with filmed performances, it's a bit disappointing not to be able to see the whole stage at crucial moments: close-ups in farce, where everyone's reaction is part of the humour, reduce the overall effect. But it was still brilliant. 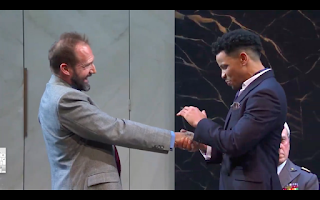 On a grander scale, National Theatre offered us Anthony and Cleopatra, all three hours of conflict and passion as envisaged by Shakespeare, with Ralph Fiennes check as Anthony (here with Tinji Kasim as Caesar) and Sophie Okonedo as his temperamental mistress (here with an asp and a death-wish). Director Simon Godwin brings a thoroughly modern lens to this tale of big personalities and complex politics, with slide-tape presentation to follow the battle plan and the Egyptian queen in costumes which reminded some in the comments of Beyonce, though to me it looked more Top Shop.

Music: most of mine these weeks is supplied by Craig Charles on Radio 6, Spotify and CDs, but there's plenty to watch too: Bath Festivals weekend roundup offers 10 virtual options from concerts to burlesque, Cooper Hall has a Youtube channel dedicated to enlivening ditties such as You Cannae Shove Yer Granny Off Bus and Al O'Kane has a new single out on Monday: I want some Peace.

Frome's wonderful Hunting Raven Bookshop doyenne Tina Gaysford-Waller continues to run her Proof Pudding Club, delivering review copies of new books herself, with feedback via Zoom meetings. We enjoyed our May session on Sunday night, with a smaller group than usual but much cameraderie.  Most interesting-sounding books, to me, were A Dutiful Boy by Mohsin Zaidi - true coming-of-age memoir by a gay Muslim - and Sex Robots and Vegan Meat by Jenny Kleeman, a look at some of the not-science-fiction developments occurring right now... This was Tina's pick and hopefully by July the author will be able to visit our bookshop, as planned. There are more recommendations and discussions on the Bookbound online festival site. 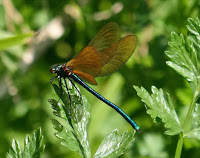 Nature notes to finish: solid sunshine all week was perfect for permitted walks around Frome. I've never seen so many wild flowers, or so much dense white blossom on verges and hedges. Insect life too, presumably in consequence, seems to be thriving. After the heatwave we've been enjoying most of this spring, it seemed likely that the bee orchids on Cley Hill might be showing early (usually they pose for my camera in June) so I used my drive-if-exercising-longer-on-arrival permission for a trip there but floral development was less advanced than the town, with hawthorn bushes still in tight bud: the carpet of ten trillion buttercups and view from the summit were both fantastic though. 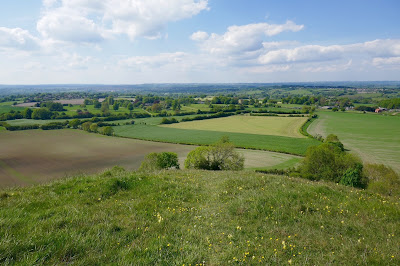