Once upon a time... and a very good time it was.

Charles Dickens must be grinning in his grave every time Merlin Theatre Company puts on a play based on one of his books. Following their brilliant Oliver! last summer comes an ensemble musical version of A Christmas Carol directed by Claudia Pepler with a fabulous cast, marvellous set, great visual and sound effects, and some spectacular puppetry. I wish I had pictures of the spine-chilling ghost of Christmas future but here's Marley's ghost taking a final bow, and most of the cast with Simon Huggins superb as Ebenezer Scrooge, charismatic throughout whether ruthless, regretful, or repentant. Dickens never flinched from dark truths, social or psychological, and nor did Chris Blackwood in his script and songs, but from opening to finale this was a feel-good feast for all ages. As entertainment this pushes all the buttons: dewy-eyed moments with Bob Cratchett (Ryan Hughes excellent) and Tiny Tim, hilarity from the housekeepers (Tracey Ashford especially droll as aptly named Mrs Filch) and a still-topical theme in economic inequality.Your wife’s ill health is not my concern, sir ~ the twenty pounds you owe me is my concern, Scrooge tells a despondent debtor in the opening scene. Would that ghosts in chains and 15-foot high skeletons could visit every banker and politician in the land this Christmas. 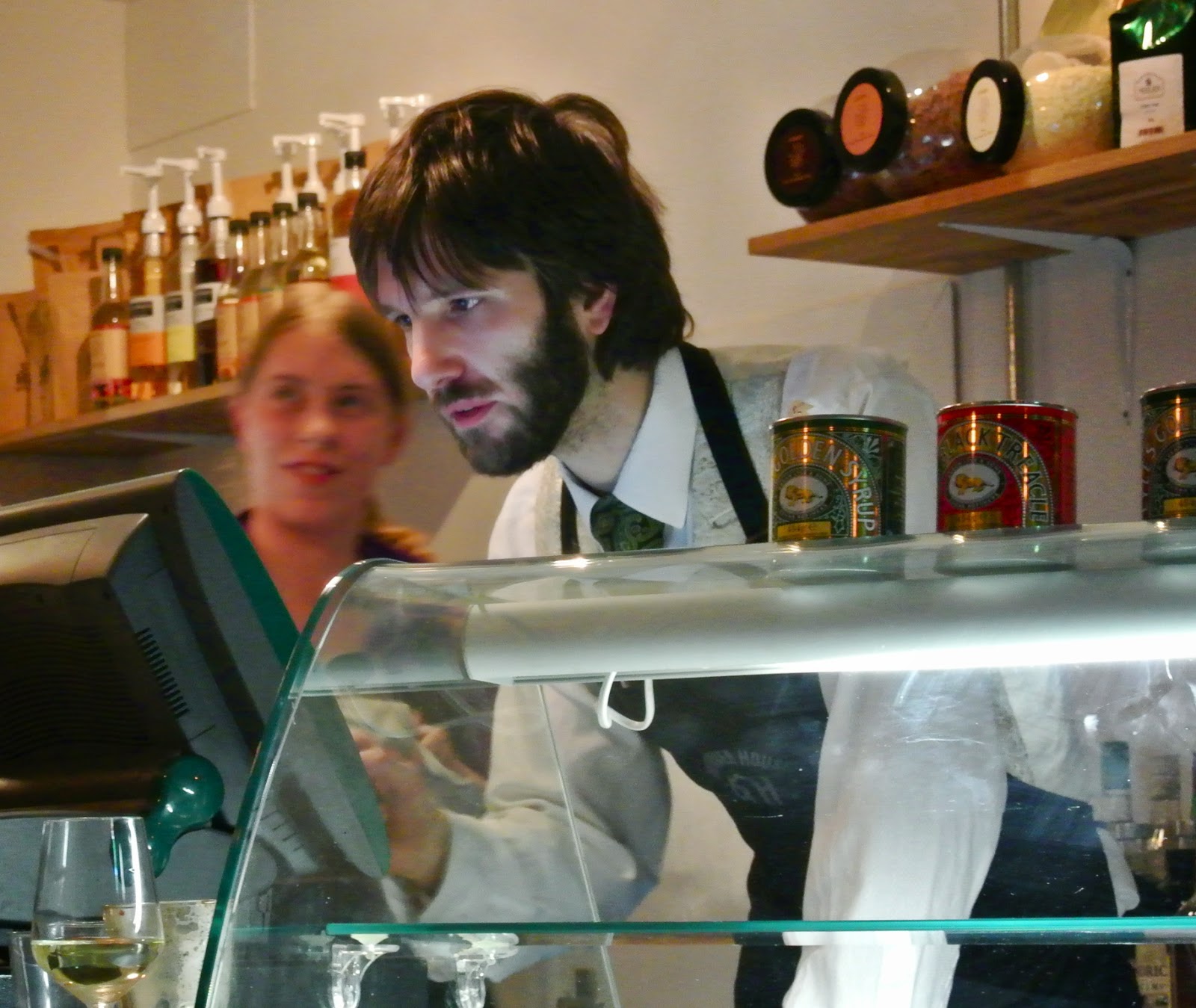 Elsewhere in Frome, Feast Street is open now each weekend till Christmas, and there's a new coffee shop on the bridge: The River House opened on Saturday night and is already the place to be. "Coffee making is an alchemy, a fusion of science and performance" ~ Ollie Wright, manager.  Sunday saw the last Independent Market of the year, and Frome Writers Collective set up stall in Cheap Street ~ a wise choice as main roads and precinct were jammed and Stony Street was total gridlock. 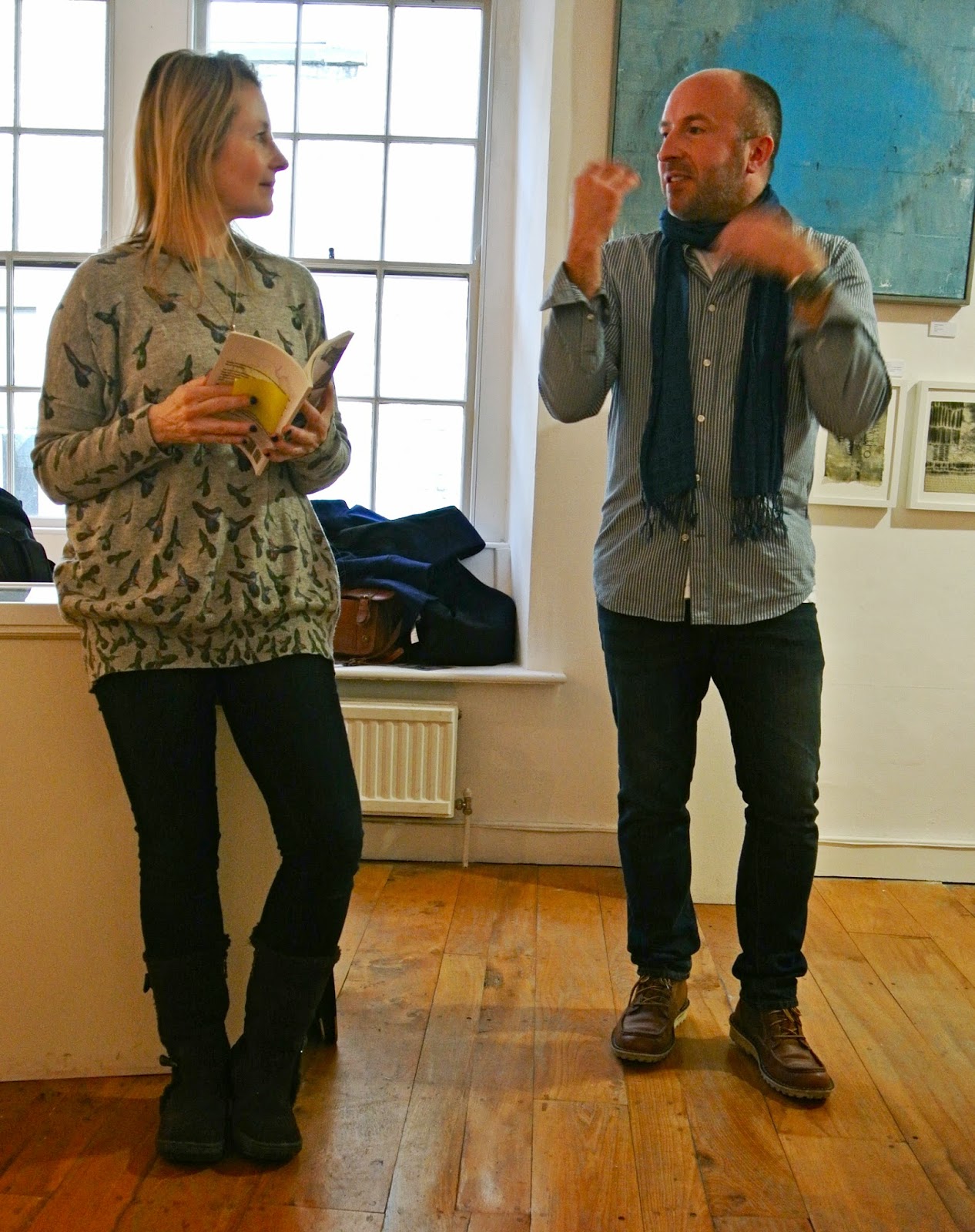 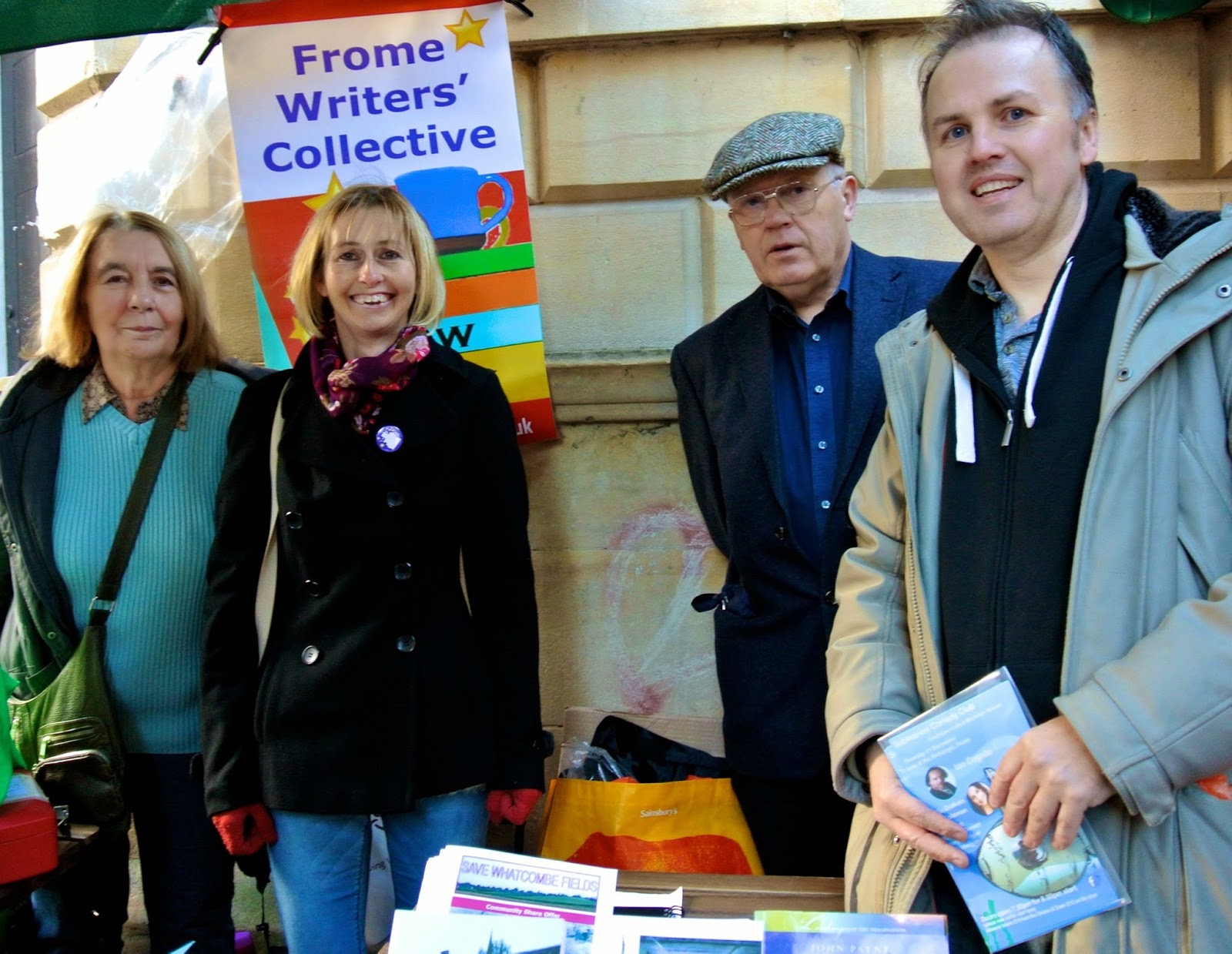 Frome Independent Filmmakers Collective had a showing of three intriguing shorts from Bargus, including The Tenth Muse scripted by Nikki Lloyd, which won the Salisbury Arts Centre 'Shoot Out' 48-hour film-making challenge. And here's Paul Newman and Jill Harris talking to the writers' group which is invited by Black Swan Arts to respond to each current exhibition. The Open Arts show is on till 10th January.