No more Christmas footie for you Johnny, and other (more cheerful) tales 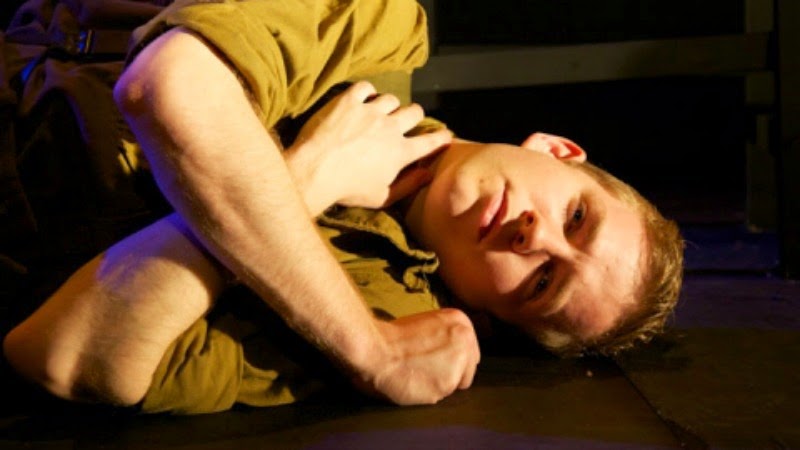 Johnny Got His Gun was an anti-war novel written in 1938 by Dalton Trumbo, and like Private Peaceful uses the story of one naive young soldier to make an impassioned appeal to end forever the senseless horror of warfare. It's doubly harrowing now we all know that warfare, senselessness & horror enhanced, will continue to be an established pillar of politics as long as financiers rule the world. An adapted stage monologue version by Bradley Rand Smith for Metal Rabbit has been touring and came to Bristol's Brewery last week with replacement Kaffe Keating taking over the gruelling role of Joe, once soldier now sentient stump. I mention that because Jack Holden, acclaimed in War Horse, must have been a daunting act to follow and perhaps director David Mercatali upped the lighting and sound effects to compensate. The real impact of the play comes slowly and towards the end, as Joe pleads in head-bumping morse code, the only way left for him to communicate sans limbs and facial features, to be allowed to become an exhibit to warn the world. Before they start a war, let them look at this thing here... people wouldn’t learn much about anatomy but they’d learn an awful lot about war... What do the dead say? Any of them ever come back and say, 'I died for decency and that’s better than being alive'? You should say, I gotta know what Liberty is, and how much we’re gonna have when it’s over. Brave words, but liberty is not on the world table any more than peace. A poignant period piece as finale to the dramatic war-memorabilia of 2014.

Still on the subject of theatre, Tim Walker, ex-chief theatre critic for the Sunday Telegraph, compiled for the Guardian a round-up of the current cull of reviewers. His 'bloodbath' list of the vanished includes Libby Purves, Michael Portillo, Nicholas de Jong, and Charles Spencer, all voices with experience and insight. So who will tell you what to say about what you see now?  Well there's bloggers of course, but we don't claim conscientious deconstruction, we just give a subjective personal view ~ though on the plus side we don't have our travel expenses & hotels paid for so we don't have to deliver spurious 5-star hyperbole. 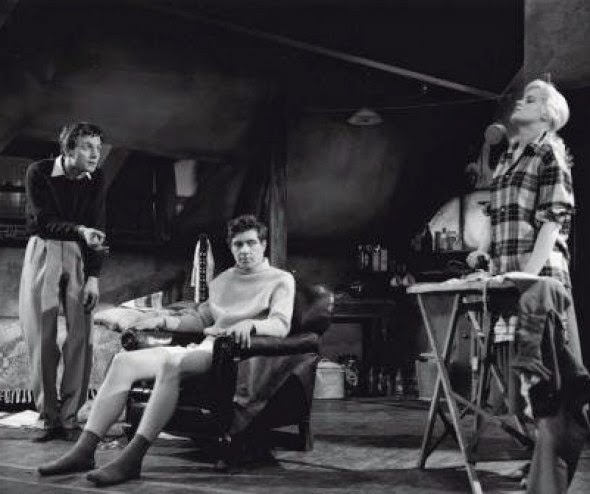 But Tim Walker fears for the future: I just don’t see that conversation led so confidently by the newspaper critics being continued in any serious form online or anywhere else.... any Angry Young Men out there now preparing to make their entrances had better be quick about it, otherwise I wonder who on earth will still be around to recognise them... Or maybe people who are passionate about theatre will continue to make it happen, and audiences will continue to have their own opinions and discussions even without benefit of Sunday Telegraph views to quote.

Comforting, maybe, with so many big guns retreating from the field, to know the Guardian's own Lynn Gardner stands immovable. Here's her view on the role of drama. Actually it's more about marketing but she says a theatre which doesn't have some financial failures isn't taking enough risks, which is a sort of comfort in these challenging times. 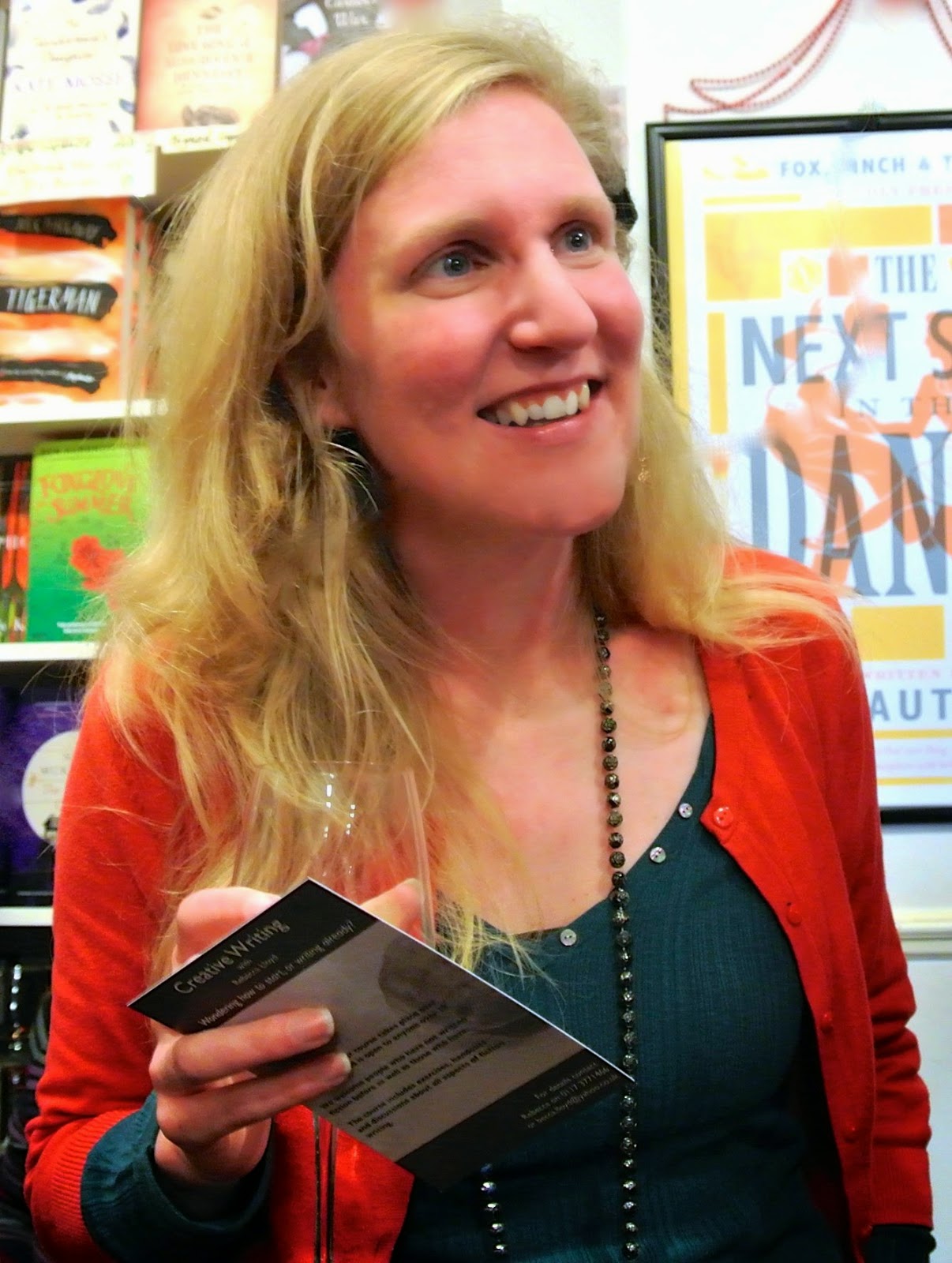 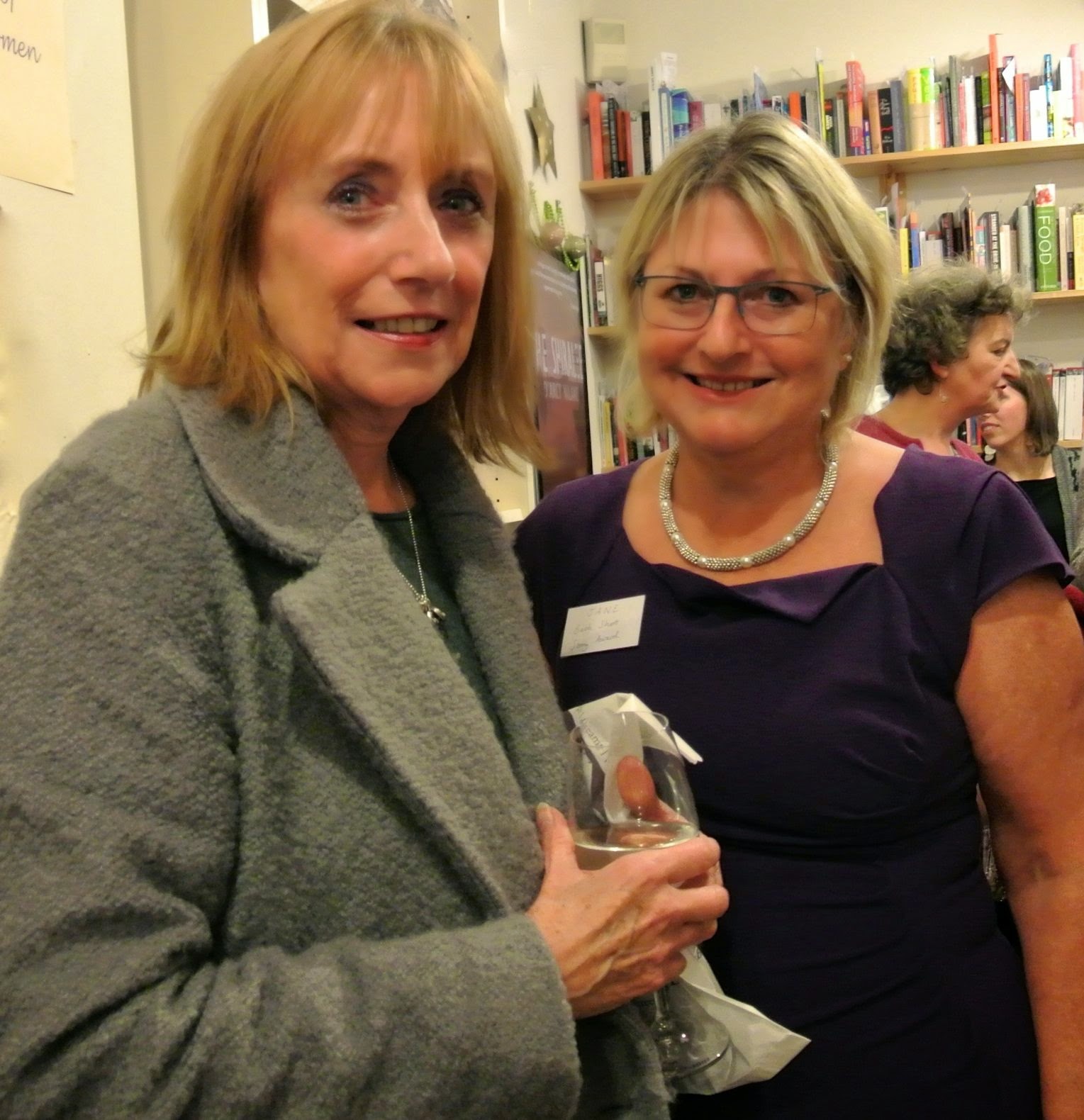 Over to Bath next for a delightful soiree at Mr B's Emporium of Books for the launch of the Bath Short Story Award 2014 anthology. Here's Alison, founder of Frome Festival Short Story Contest, with Jane Reikemann who ~ with Jude Higgins and Anna Schlesinger ~ admininstrates the competition, and that's Elinor Nash whose story The Ghost Boy was picked by literary agent Lucy Luck as overall winner. The collection, which looks great, was produced locally by The Self-Publishing Partnership and you can buy from the award website or from Mr B himself. And the 2015 competition is now open!