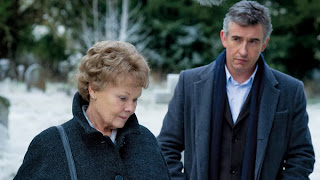 I've been avid to see Philomena since I first read about the true story that inspired it ~ the lost little boy and his mother's journey of atonement ~ so the first showing at the Westway on release day saw me seated in style in one of the much-coveted half-circle 'boxes' at the back (I mention this because Frome's wonderful independent cinema deserves a plug at every opportunity.) I've not read Martin Sixsmith's book, but Stephen Frears' film superbly told this moving personal tale. Judy Dench and Steve Coogan are both utterly brilliant ~ Martin Sixsmith writes he hopes his 'snootiness and self-absorbtion' are both exaggerated in the portrayal, but both the mother and the journalist are shown with sympathy not sentimentality, and their relationship is moving but never mawkish.  Rotten Tomatoes is succulent with critical acclaim ~ I specially like the Financial Times verdict: "This is a doleful, radiant, understated comedy of hope and faith. That's almost a definition of good British cinema". Tears and laughter is the general verdict, though one squashed tomato was chucked on grounds of anti-catholicism, which seems strange for a film that despite the harrowing, angry-making, truth about Church practice in the past is delicately assertive that things have improved... and so they bloody well should, since this was a baby-farm business model run on cruelty and hypocrisy (not my summary, the Guardian's.) Only occasionally does the journalist fail to swallow his atheism ~ as when exasperated by Philomena's unshakeable insistence on her 'sin' he demands "Why did God bestow on us a sexual desire that he wants us to resist - was it just to alleviate the extreme boredom of omnipotence?" 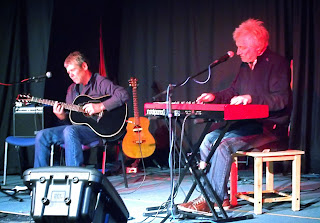 Nunney Acoustic Café on Sunday afternoon always provides great live music ~ with newspapers and scrummy food on the side ~ but this month was especially sensational, featuring among others David Waddington, Julian (Bugs) Hight, and the fabulous combo of Richard Kennedy and Pete Gage with a sumptuous & totally stunning blues set.   And rain doesn't stop outside play in Frome either: the streets were as crowded with witches, zombies, and vampires on Halloween as they were with shoppers for Sunday's lively stall-holders' Super Market. So I'll end this post with a Samhain scream and a morning rainbow. 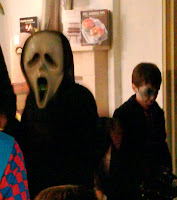 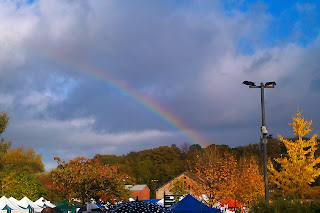