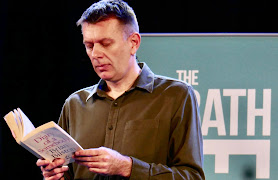 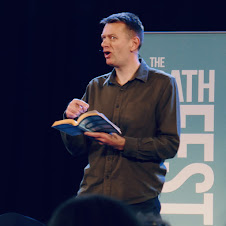 Festival time has arrived already in the Southwest, with Bath Festival offering a splendid programme across the range of classic and popular arts, though there's too much also happening in Frome for me to do more than dip in. My chosen dip was Brian Bilston, dubbed 'the poet laureate of twitter', who for many people has redefined poetry for the electronic age in the way the Liverpool poets did for the 'generation gap' era of the 1960s.  He must be used to online followers but seemed slightly surprised by the size of his live audience in the Assembly Rooms - the stewards certainly were, and made a hurried room-swap to assign us enough seating. Brian has a friendly unassuming manner, with little anecdotes about each of his poems - he shares 20 of them - 8 more than Carol Ann Duffy, he confides (and Simon Armitage doesn't do any, just stands on a dais drinking sparkling water while the audience applauds.) In between such pleasantries, and a diatribe about the Daily Mail, Brian reads from his collections, with a focus on his latest Alexa, what is there to know about love?  The hour's talk goes very quickly. 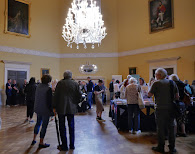 My last glimpse of Brian was behind two tables of his books with a massive line of customers snaking across the big Georgian room with its dazzling chandeliers, all the way down the stairs, each queuing to buy a signed copy of a book by the bloke who wrote a comprehensive character assassination of Boris Johnson (click here). Sometimes Bath can be surprising.

The Predicament of Jackson Scott is the new drama from Black Hound Productions, on stage at Frome's Merlin Theatre on Saturday night. Black comedy doesn't get much more Stygian than this - a warning of strangulation, blood, physical struggle, murder, scenes of a sexual nature, and grief is handed to audience members at the door - but it's outrageously funny and unflaggingly intriguing. On a set that's half nightclub, half nightmare, with a bed that doubles as a grave, Jackson (Yves Scott) is squeezing Ted (Luke Ashley Tame) to death as the play opens.  Ted doesn't take this lying down, and neither later does his sister Bernice - outstandingly well played by Mia Macleod - so the hapless haunted murderer has double the number of persistent visions than even Macbeth, not to mention the attentions of the strange Counsellor (Alex Wallacot).  Written by Josh McGrillen and directed by Lex Kaby with set design by creative producer Patrick Withey, this original and entertaining drama is on its way to Edinburgh where, given its energetic physicality and slick staging, it should be very well received. Great to see something so different on stage. 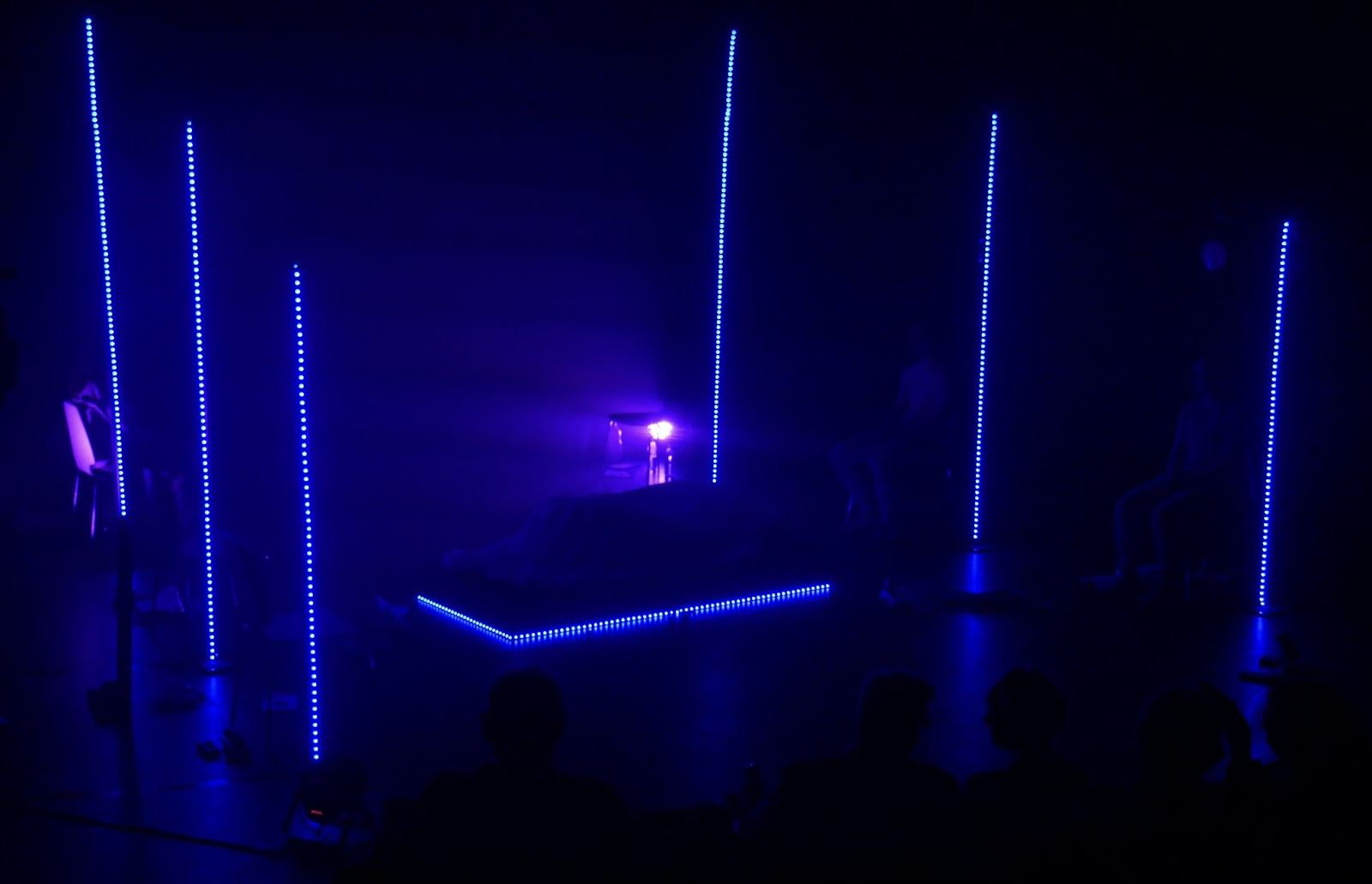 Musical performance now: The Gugg - Guggleton Farm Arts to give this wonderful  place its full name- is a bit of a shlepp from Frome, being just over the Dorset border, but it's rightly on the radar of bands looking for a popular open-mic venue.  It's worth arriving early, as the Gallery always displays fascinating original art, and the main-street based little town of Stalbridge is delightful: unfortunately it's also a main route across the south-west, but framed around with fields & woods, & with an excellent independent Co-op. This week's Open Mic night featured a series of excellent performers, including local favourite 'Twitch', aka Darryl Rushby (pictured), whose set included Time of Your Life from Green Day and Nizlopi's JCB song.  Bar and pizzas completed the party atmosphere. 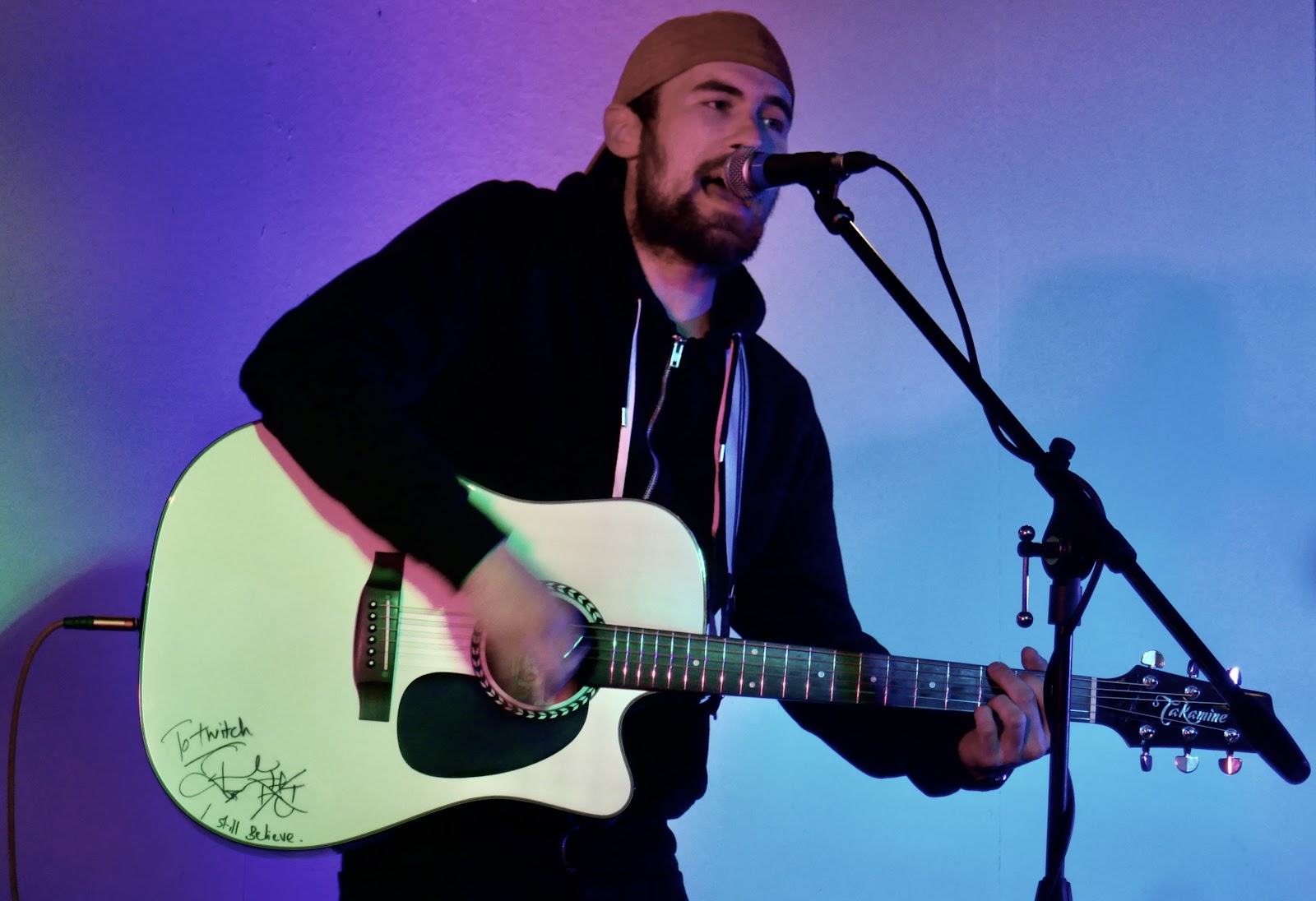 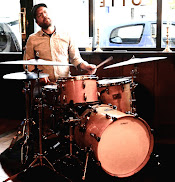 Here in Frome, Bar Lotte has become the go-to spot here on a Wednesday, with its excellent regular live music sessions.  It was the turn of Iain Ballamy's jazz trio this week - here's Dave Smith who gave us a breathtaking drum solo in Dancing Cheek to Cheek.

And finally: good news for Frome's many nature-lovers: large stretches of Whatcombe Fields, the 34-acre community-shared meadows on the western side of town, have been left deliberately and carefully unmown for walkers to enjoy the buttercups...  so now fields of gold join the hedges of white florescence all around the town. 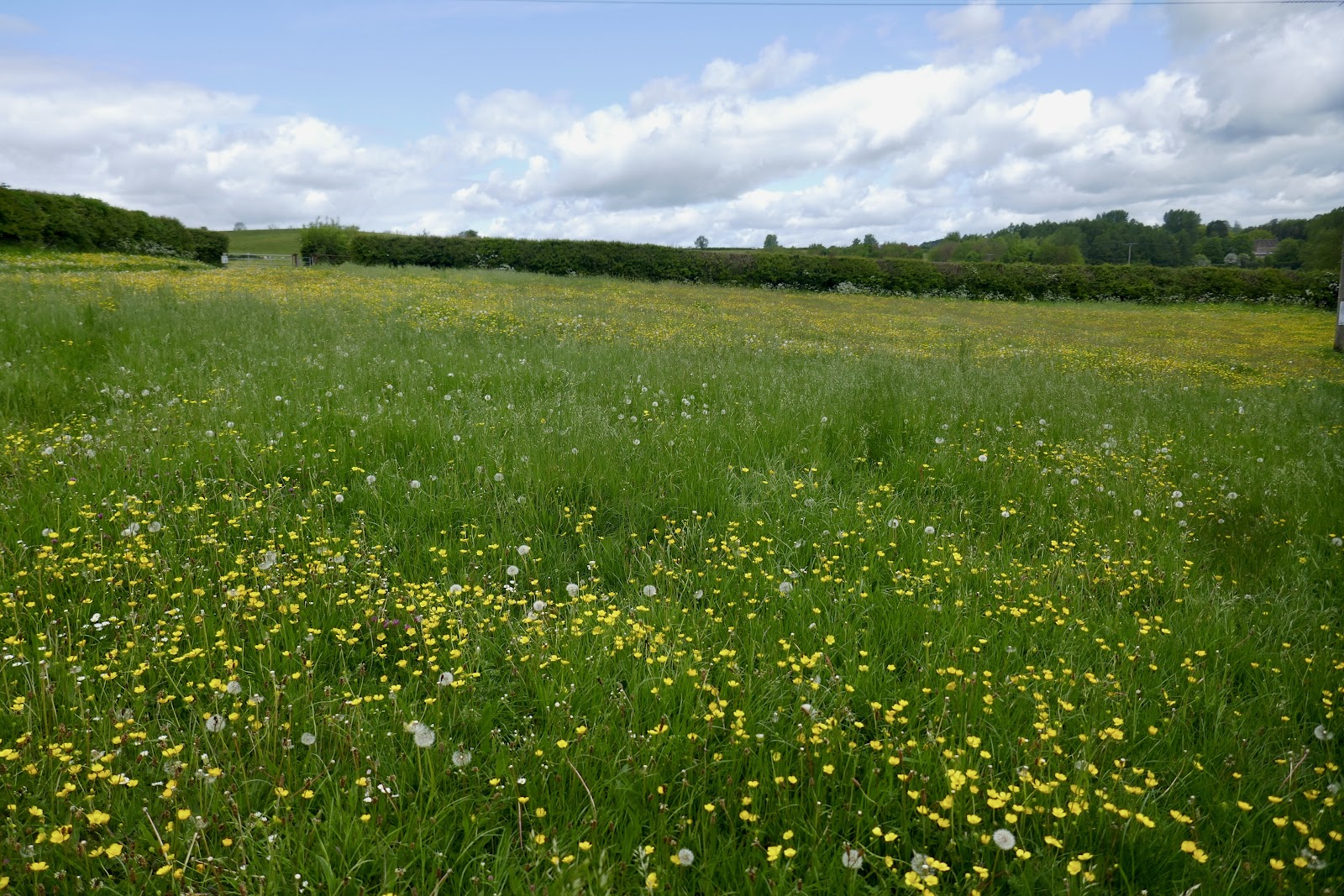