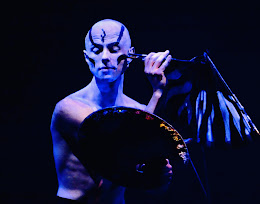 Let's start straight off with Mayfest. If you don't live in Bristol so can't appreciate the full experience, it's a lucky dip which event to choose: my pick of Birthmarked was sensationally lucky. This is the extraordinary story of Brook Tate, born into a Jehovah's Witness family and an active messenger for the cult until his gay identity compelled a rethink, an expulsion and a reincarnation. Brook relates the tale direct to audience, supported by his (actual) band of new friends, amazing props, a vast whale - which has notionally swallowed us all - and a mix of fantasy, pantomime, feel-good storytelling, and boundary-breaking devices like total costume change centre stage as part of the show. Incredible & unforgettable - there's more here. 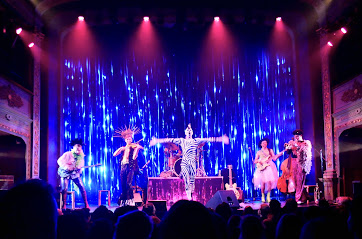 Time travelling now back to my jaunt to the big city on the previous day, for more drama: 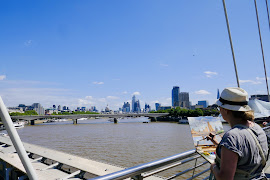 Earth hath not anything to show more fair, Wordsworth wrote in his 220 year-old love poem to London: Westminster Bridge in his version but it's lovely from Waterloo footbridge too. Tuesday was a brilliant day overall though the play at the Dorfman (Middle by David Eldridge) which was my primary reason for this visit was a disappointing grumpfest of marital clichés. But the Berry coach to London is fast & inexpensive, Victoria Embankment Gardens are beautiful, South Bank in sunshine is fabulous, it was great to revisit the Poetry Library in the Royal Festival Hall & find a my poetry collection with Burning Eye on their shelves, and to discover a nice pub - The Swan - close to Hammersmith Bus Station, so an overall ace day out. 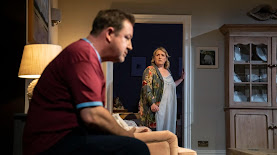 To get the show review out of the way: it's a middle-of-the-night row that goes on for two days - no, sorry two hours: he's money'd, she's bored: she reproaches, he smashes the china, then they help each other clean up so you think Oh good it's the end, but it isn't, and the emotional hostility just carries on in the same flat way which may be due to the script (over-even) or the production (over-level) or just the length (over-long) so no need to name & blame the actors - they've suffered enough. And if you think this summary is overly critical, you should see what Lloyd Evans in the Spectator says. Seriously, this is another of those pointless plays about affluent people bored by their own life-style (see An Hour and a Half Late, reviewed in this blog 27 Feb) - where's Jimmy Porter when we need a rant about pusillanimous irritations. With a support team of 32 plus the 2 wretched actors who had to memorise the tedious script, plays like this discredit the potential of theatre in society. Rant over.

Fabulous foliage beside the Thames - even fig trees fruiting - bring us nicely to the online talk by Julian Hight on Recording Britain’s Ancient Forest through Ancient Trees - a fascinating tour of Britain's historic forest told through the monumental oaks and other surviving trees. Did you know that in Medieval times two-thirds of England was forest - a word that meant, not dense trees as we tend to think now, but owned by the king & lords for recreational hunting. 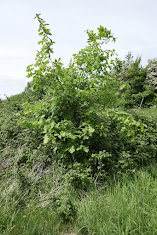 ulian has been exploring and logging ancient trees for many years, and his slides showed superb imagery of venerable trees and how to access them through the Ancient Tree Inventory, where we can also record any you come across ourselves. His own favourites are the iconic oaks that are so distinctive in English landscape, and he plants acorns wherever & whenever possible - here's the little oak he planted in Rodden Meadow a few years ago, in a bramble hedge to protect it from being nibbled by rodents while young - The thorn is mother of the oak, as the old saying goes... 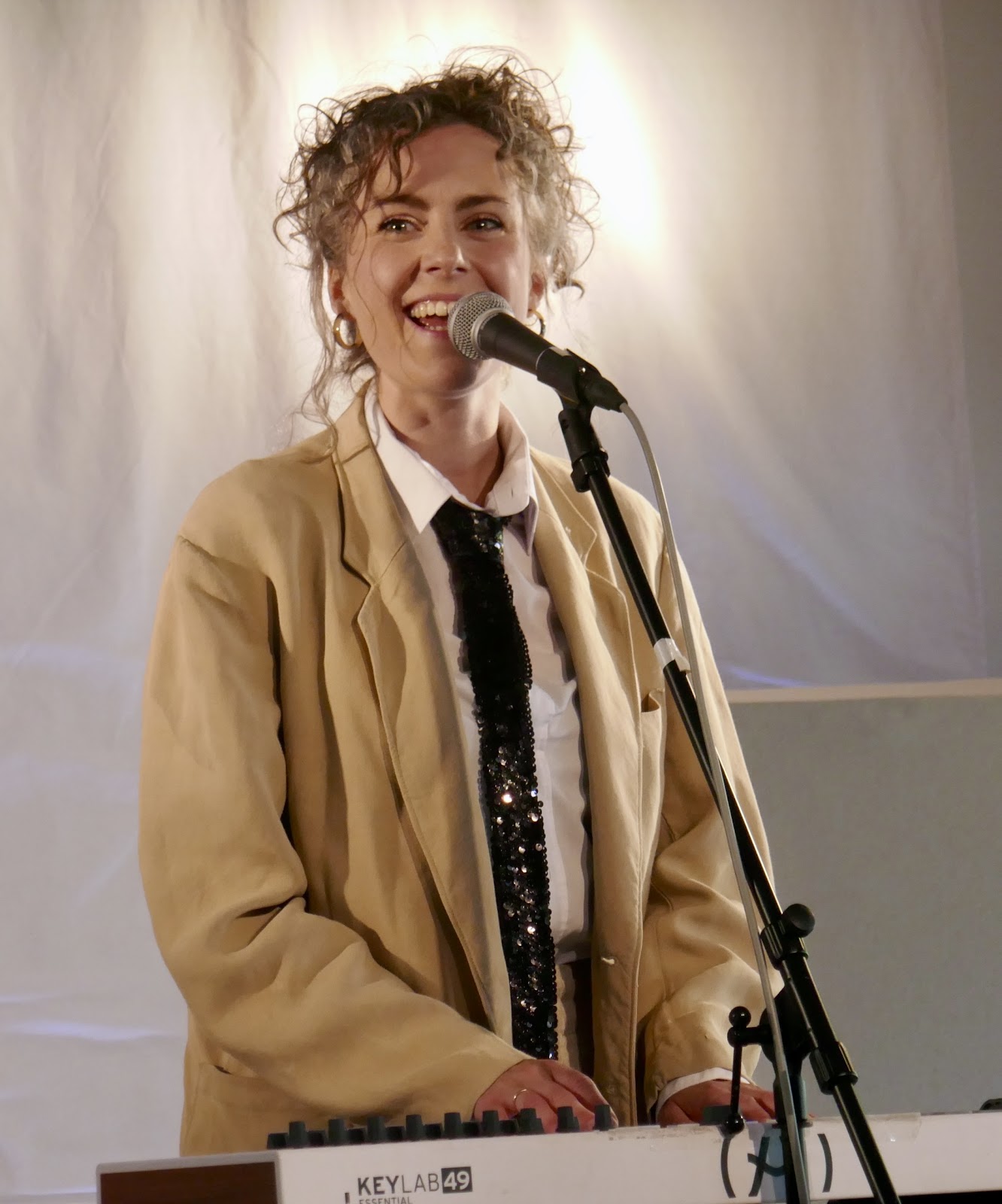 A mega-busy Thursday brought a bumper-bundle of goodies: let's start with the afternoon treat at Cooper Hall of a presentation by Amy Webber of new material for a one-woman show she's been developing during her residency there. Amy is not only an incredible singer in a range of styles, she also has great audience rapport and some sharp & very funny material. 'I've got an opera degree that's never been useful,' Amy confides, and proceeds to demonstrate its potential by composing a funeral song for an audience member (me😊) and then giving an illustrated lecture on music genres over the years. Her satirical material is very funny and her voice is fabulous.   Next, a quick dash back across Whatcombe Fields to the other side of town - so dramatically beautiful I'm including a snap of it here - 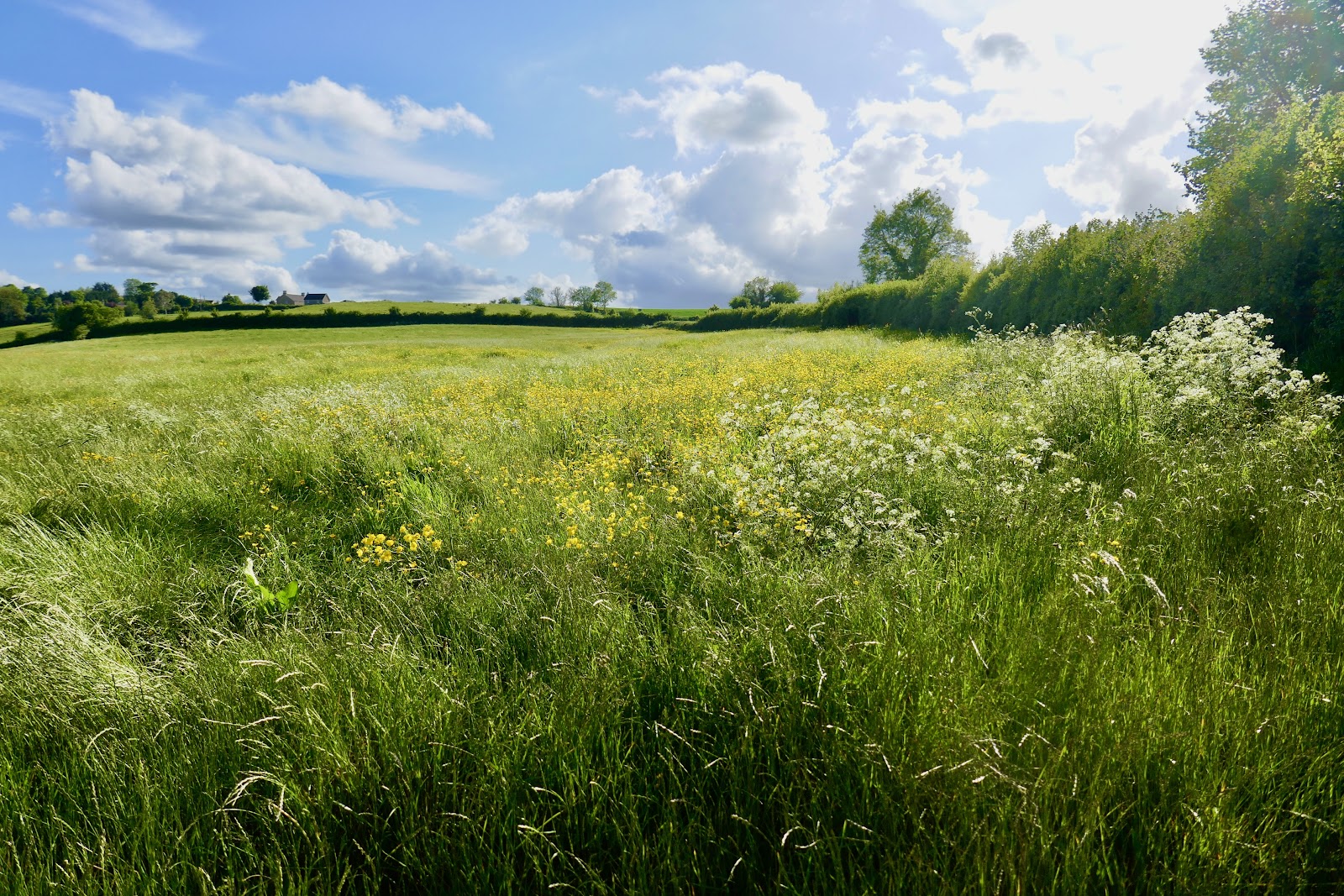 - to arrive at the Gallery at the Station in time for the opening of the brilliant exhibition of paintings by Paris: Ultra Aesthetics 'a touring exhibition for changing times.'   The images are mainly vivid mergings of colour & energy, and the concept behind the show is fascinating as explained by the artist in his leaflet: using found items (viz used Estate Agent signboards) the images 'hark back to Protest Art through the ages, and reference the work of young artists in New York's Lower East Side in the 1970s and 80s'. This development of his street pieces in Bristol (and Frome) is planned to develop into an extensive tour. 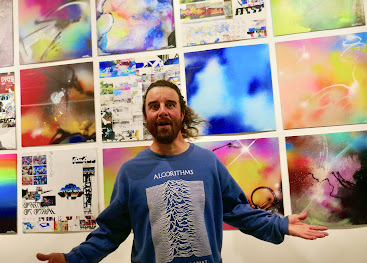 And then on to The Three Swans for Dirty Laundry, the new Spoken Word event run by Olly Davy, a tasty mix of storytelling and poetry. All the  contributors were excellent but sadly my images were light-blighted so here's a picture of me doing a poem (thanks Mike Grenville) presumably (hopefully) a very fleeting moment during the bit about the Beastie Boys....
While we're on the subject of me & me-pomes, this week saw the exciting arrival of a boxful of the double-anthology created by Hazel Stewart & I during lockdown, now published by Caldew Press. Snappily entitled What's It Like For You? at one end and Dance For Those Who'd Rather Not at the other end, this pushmepullyou book is filled not only with our lyrical creations but also some brilliant drawings by Mel Day - launch will be on June 6 at The Three Swans so do pop along if you live near Frome! 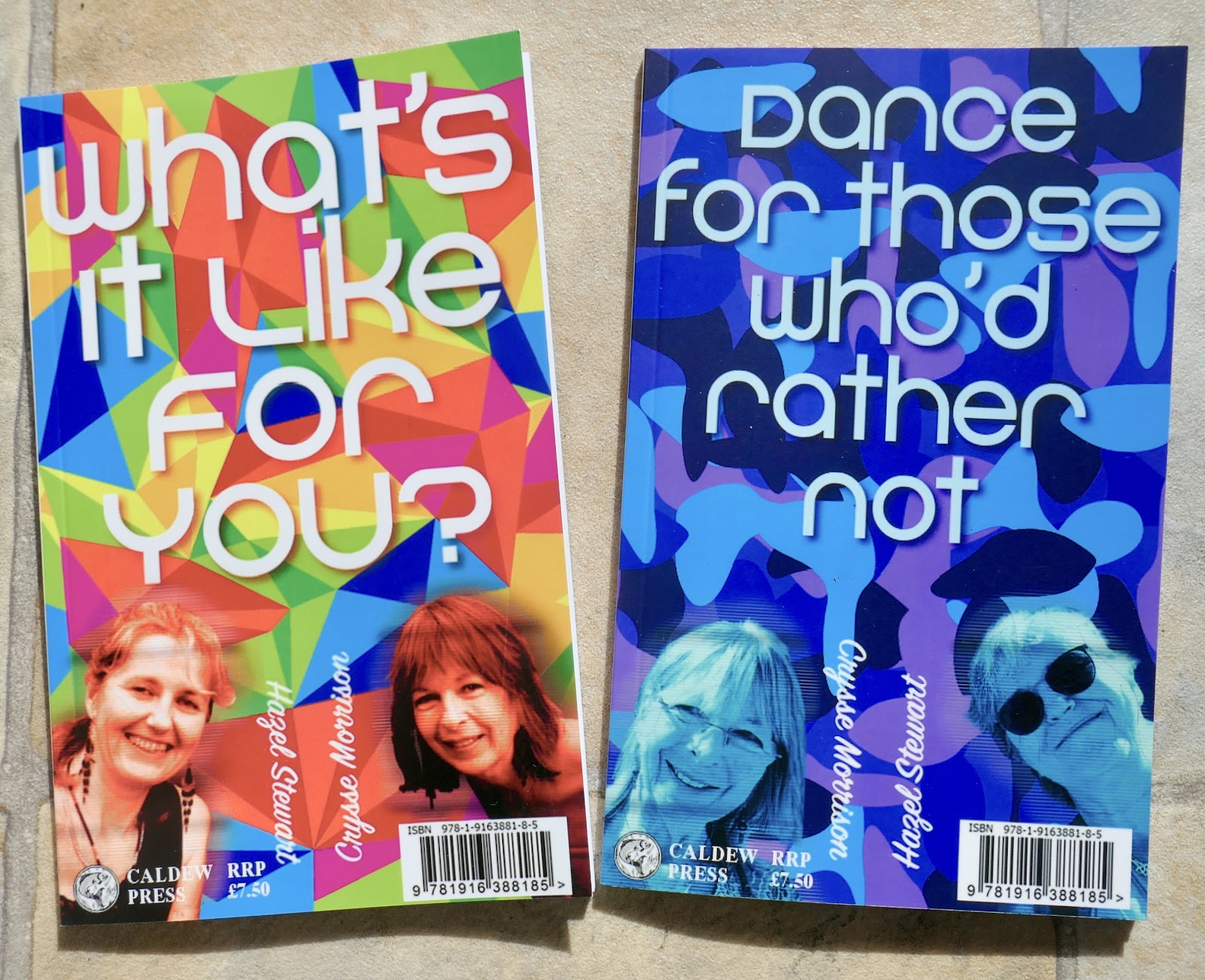