A double dose of drama as summer bows out 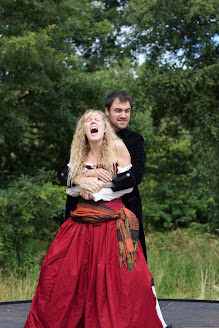 Ironic, isn't it, that after the long gorgeous summer, now there's permission for socially-distanced performances outside, the rainy season begins. This week's survivors of relocation within the Merlin building were Folksy Theatre, an outdoor group who could probably lift your spirits in an air-raid shelter under bombardment, so their version of The Taming of the Shrew was deservedly much appreciated. Apart from the trees, this publicity shot gives a pretty good summary of their physical interpretation of Shakespeare's play, with Petruchio employing well-received lust as well as psychological warfare on his recalcitrant bride Katherine. There's very little editing of the bard's script, which puts something of a strain on the other members of the cast to create parents, wooers, servants, and visitors, so big credit to all three that they manage to steer a coherent path through the confusion. Even within the formal confines and the mask-juggling required to sip prosecco, this was brilliant entertainment - and huge credit to director Claudia Pepler and her stoic team for keeping our little theatre's head above water when bigger ones are foundering. 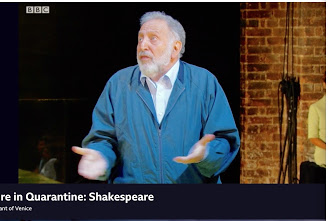 Still with the theatrical theme but without the feel-good factor:  The Merchant of Venice isn't one of the the bard's jolly dramas, and this 2015 Royal Shakespeare company production,  one of their season of streamed free shows, made no concessions to the brutal storyline. Prejudice and racism intrude in every scene like the massive silver ball rolling back and forth across the stage throughout the action.  Director Polly Findlay adds an extra layer of deceit by relocating Bassanio’s passion for his bride Portia to his old friend Antonio instead, and the jeering of the antisemitic Christians is upgraded to thuggery by their routine spitting in Shylock's face on sight. 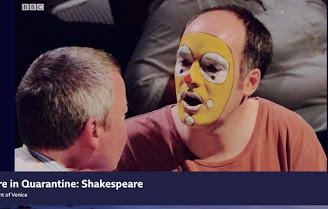 It's hard to cheer when the tables are turned against him with such venom in the court room. Makram J Khoury is impressive as Shylock, pushed beyond the limit of sanity by the defection of his daughter and determined to have his long years of abuse revenged in court. One of the other highlights is Launcelot Gobbo, clown-servant with the wit of a modern standup comic,  here haranguing an audience member.  Available till September.
And now back to Frome, where Hunting Raven Books autumn sale last Saturday had so many great offers that manager Tina Gaisford-Waller moved the entire event to Silk Mill, and within three hours an overwhelming response from the bibliophiles of Frome had stripped the trestle tables  Top pic is by Tina at the start, showing the 10 max customers but not the long queue outside! Below is my view later that morning as doorman, with 42 Acres in the courtyard also doing a brisk trade, theirs being lipsmackingly-good organic produce. 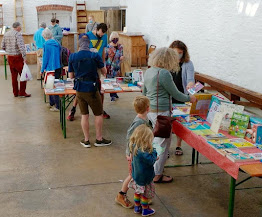 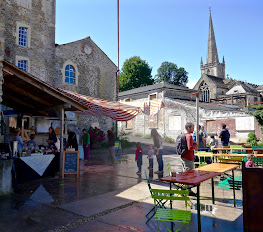 Also on Saturday, a defiant snook at the wild winds in the afternoon came from Fair Play for Frome, a new group set up by Paul Kirtley to play folky-pop songs live with whichever instrumentalists are able to come along. This time it was mega-talented David Goodman, and soundman Steve in his other incarnation as cajon player... The number braving the King Lear style weather conditions amazingly reached double figures... we're hoping for a more temperate time in the pub garden at Rode next weekend.

Ending this post with an image of the changing view when walking those fields so recently waist-high with waving crops, and a link to the Siren Poet project led by the supernova talent of Liv Torc, who'd be the jewel in Frome's poetry crown if she, I, & Frome were royalist, and who has also this week posted a new poem after her recent hospitalisation: There's Something About Mary is available for public viewing - click the title for link - and I suspect that like her environmental poem The Human Emergency it will move many and travel far. 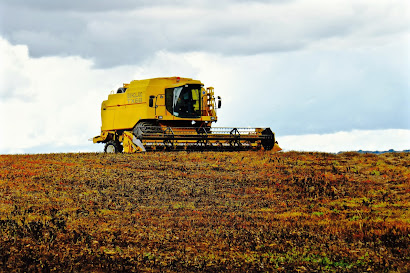