This bulletin is a thing of shreds and patches, as the bard would say, due to evening cancellations. 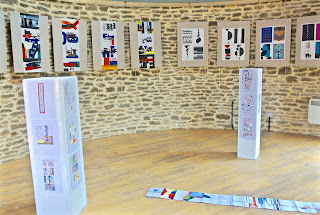 The week's art exhibitions have been immune to that particular issue, so here are two interesting & unusual ones: LISTEN - a summer of sound art - includes among its many aspects a 'Listening Hub' at the Round Tower, with a different playlist every day. I'm particularly pleased that mine - the words and music on Liquid Jam, as recorded by Will Angeloro - shared its day with David Daniels, whose sound-inspiring images filled both galleries. 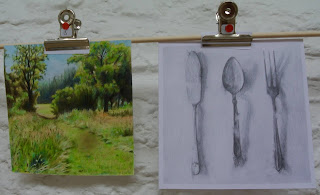 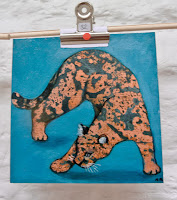 And there's another unusual use of venue space at the Silk Mill, where the WHY summer exhibition relocated to display more than 70 pieces of artwork donated by local artists to raise funds.Each piece is 6x6 inches, with a wide range of style, colour, and technique, all are on sale at £40 until Sunday - but going fast, as the red dots show. I spotted the talents of Dan Morley, Mark Jessett, Alan Overton, among others, but don't know who created that amazing cat.

A quick look at the local theatre scene now, depleted as Uncle Vanya press night at Theatre Royal Bath was disappointingly cancelled due to cast injury but on the hottest evening of the year I did manage to get to Malory Towers in Bristol, adapted & directed from Enid Blyton's tales by Emma Rice. 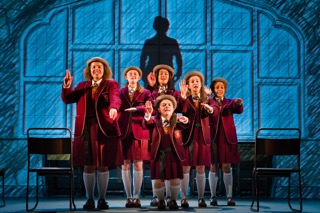 Theatre followers will remember it's not long since Emma quit the Globe and formed, amid almost equal controversy, a new company called Wise Child which toured successfully with a show of the same name. I saw it at Bristol Old Vic and loved it. Based on Angela Carter's book of a similar name, this show was glamorous and anarchic and full of memorable individual characters. Enid Blyton does not of course offer quite the same scope, so without the savage genius of the Comic Strip perhaps the best that can be expected is mere parody unless there's an element of the wider social context beyond post-war all-girl boarding schools. This co-production with York Theatre Royal, in association with Bristol Old Vic, is staged in the Passenger Shed rather than the theatre (which actually offers excellent visibility and is a great venue) with numerous visual effects to create a story-book boarding school on a Cornish cliff-top. It's billed as a 'family show with songs' (there's one about a horse which would be top tip for a Craggy Island Eurovision Song Contest entry) and aims to pay homage to "the teachers in those schools, who devoted themselves to education and the nurture of other women." As a survivor of an all-girls school just after WW2 I remember the curriculum as rigidly moribund and the environment toxic, but this lively group of girls found much to enjoy, apart from the violent bullying, and enjoyed a free hand in re-envisaging Shakespeare (one London venue might sense a footnote here). Overall, Malory Towers seems a homage to genre rather than a play, and really relies on feel-good factor - it also probably helps, as they say, if you've read the books... 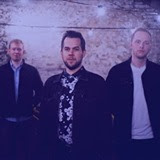 And as trains and planes are grounded in droves, among my personal cancellations is a long-held plan to see The Operation at 23 Bath Street tonight, in their ten-year-on reunion gig. Last year's research for Frome Unzipped had excitingly revealed a largely now-unknown, and extraordinarily vibrant, history of music in the town before its fame hit the glossy supplements, with The Operation repeatedly referenced with huge respect, so I got my tickets early on before they sold out - as they quickly did. But with a 5am start the next morning to a 2-day journey - if the flight's not heat-grounded - and a still-unyielding chest infection, with immense reluctance this too had to join the week's scratched events. 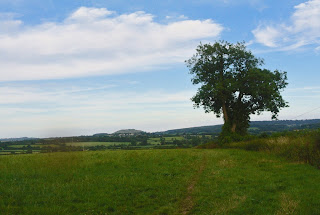 On a happier note: I had a really lovely birthday, meeting friends all day in glorious sunshine, and a walk over the fields in the evening.  And now I'm about to board a plane for Skyros, so there will be no more reports of Frome for a while. Enjoy the summer, y'all!
Posted by Crysse at 1:07 PM