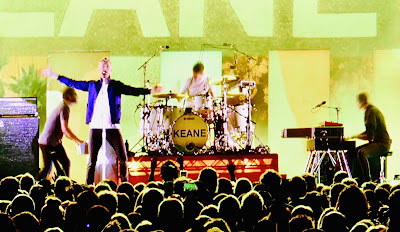 I'll meet you on the other side, I'll meet you in the light -  If only I don't suffocate, I'll meet you in the morning when you wake...  Yes folks & fans of early 2000 alt rock, it's Bend & Break from the awesome voice of Tom Chaplin at the Keane concert in Westonbirt Arboretum on Saturday - still with his idiosyncratic keyboard lead plus just bass & drums. As a fan of this band since Everybody's Changing was released in 2003, it was a thrill to find my birthday present from number-2-son was two tickets for this concert... back in 2020... and after being twice locked-down, the show finally arrived here on a glorious sunny evening, and was sensational. Very well organised gig, good-humoured and friendly.

It goes without saying that if you step out of Frome on a Friday night you'll miss an excellent local gig, so apologies for no report on the bands the Granary, but here's Esben Tjalve on keyboard joining Iain Bellamy's band at Bar Lotte on Wednesday. 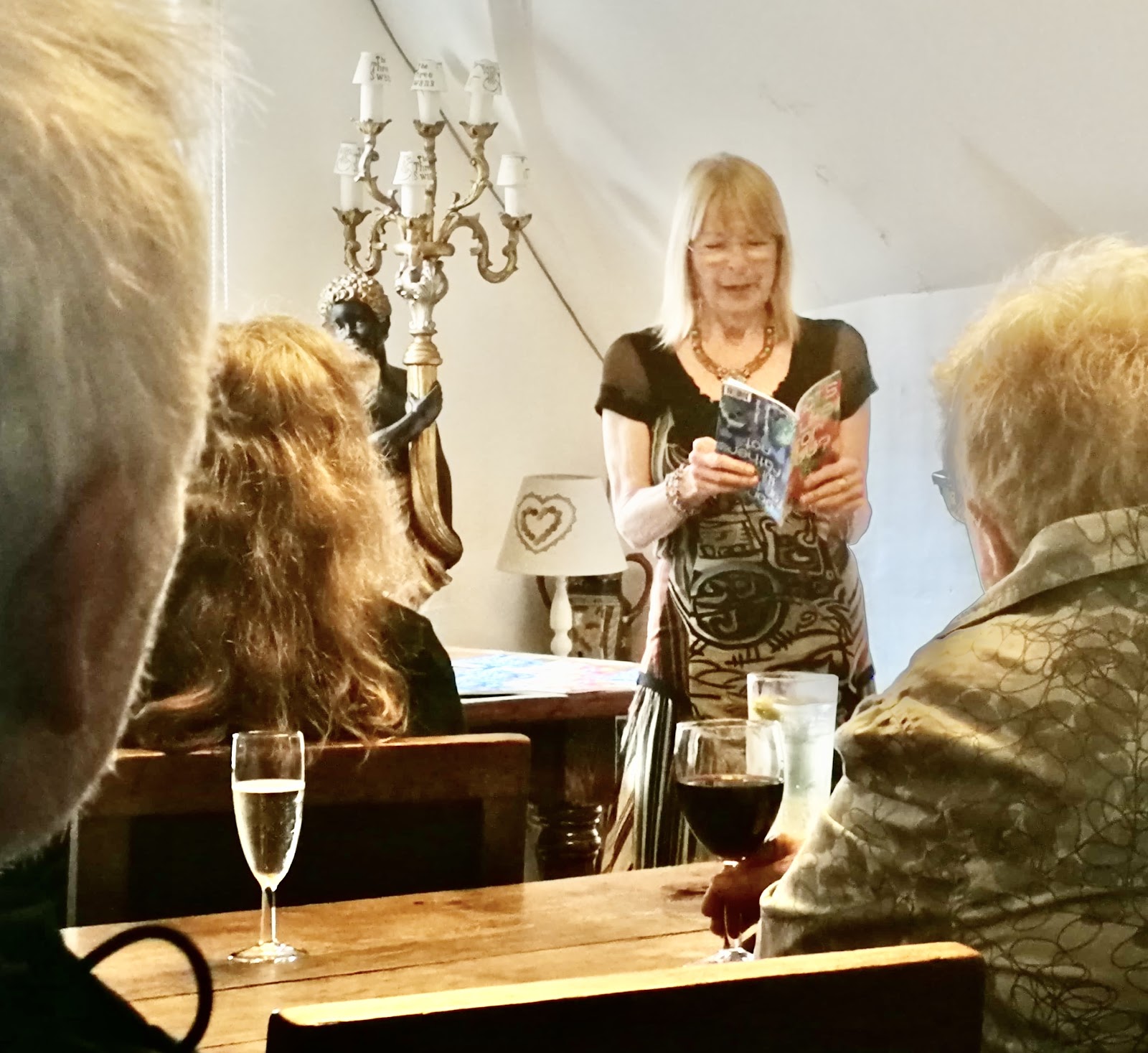 And now for Book News, starting upstairs at The Three Swans on Monday, as Mel Day (illustrator) joined me (poet, with Hazel Stewart) to co-host the local launch for our absurdly-titled poetry book with Caldew Press: What's It Like For You/Dance for Those Who'd Rather Not.  This small but delightful event morphed, as the evening wore on, into a poetry soirée, with several guests sharing readings and quite a few copies sold - thanks Mike Grenville for the snaps. And thanks to Frome Times, too, for featuring a piece about both my current book-y ventures with this super picture of me looking mega-chuffed, taken by Suzy Howlett. This double-covered collection is on sale at Hunting Raven Books now, or from me or from the publisher. 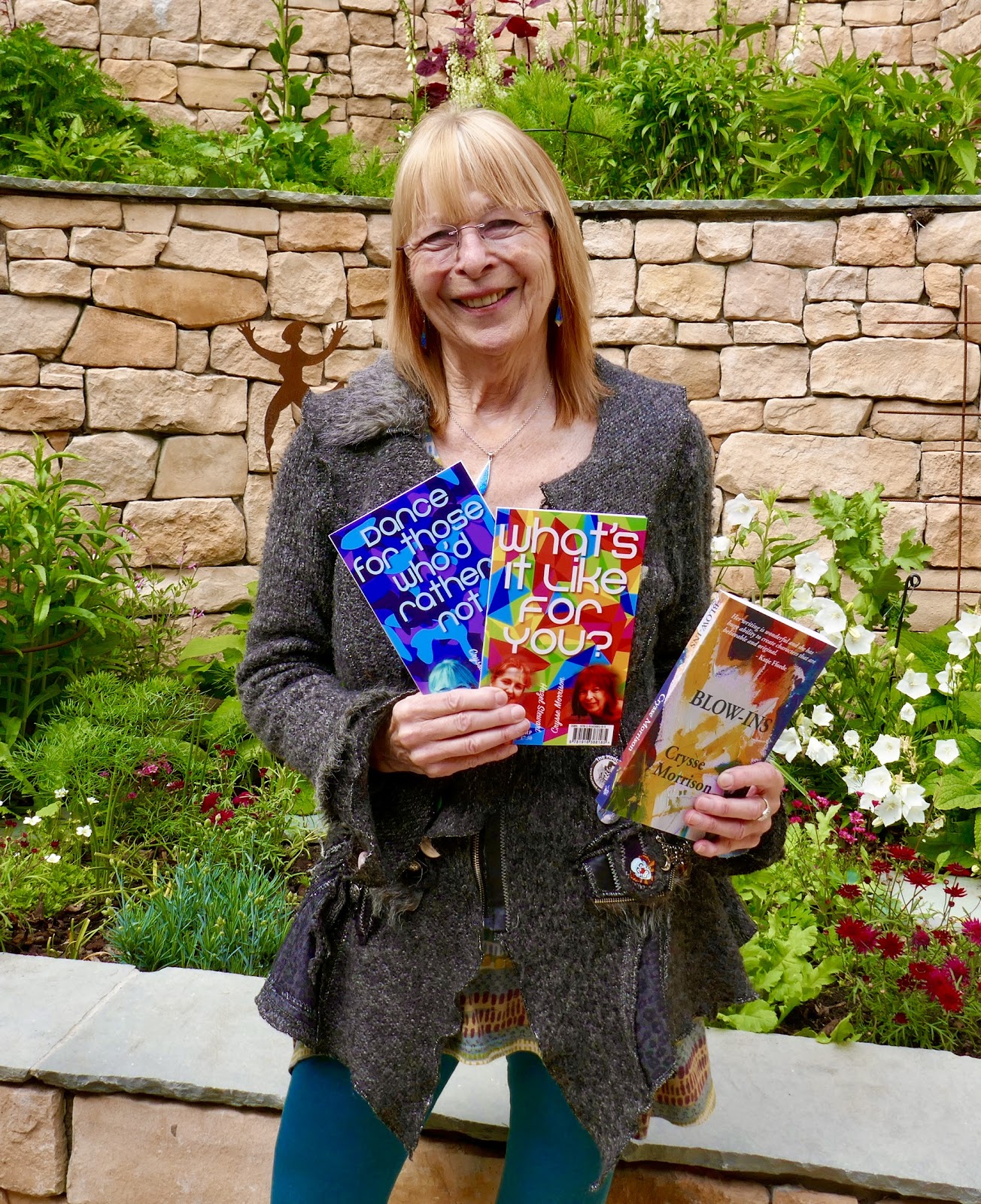 And Thursday saw another launch - this one for the wonderful new novel by Frances Liardet, Think of Me, now on sale in Hunting Raven Books where the event took place. It was my absolute pleasure to talk with Frances about how the story connects with her previous best-selling novel We Must Be Brave, and her writing process, both topics eliciting fascinating responses. Appreciation to bookshop manager Tina Gaysford-Waller  for hosting and thanks Nikki Coppleston for this super picture taken during the event. 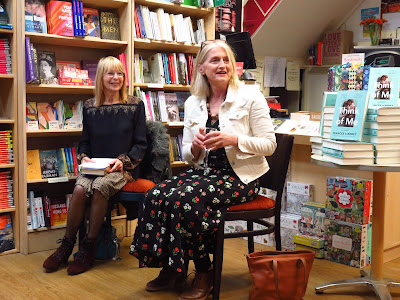 A slight shift now from words-on-a-page to words-online, as it's nice to see that my short piece on recent 'Theatre in the Southwest' has made it to Plays International - special mention for Frome's Merlin for nurturing young talent, and the new direction at Cooper Hall. 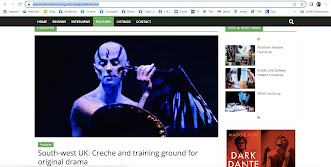 Final image of the week, from Whatcombe Fields where the buttercup crop has self-harvested, but the long grass and daisies are magnificent. 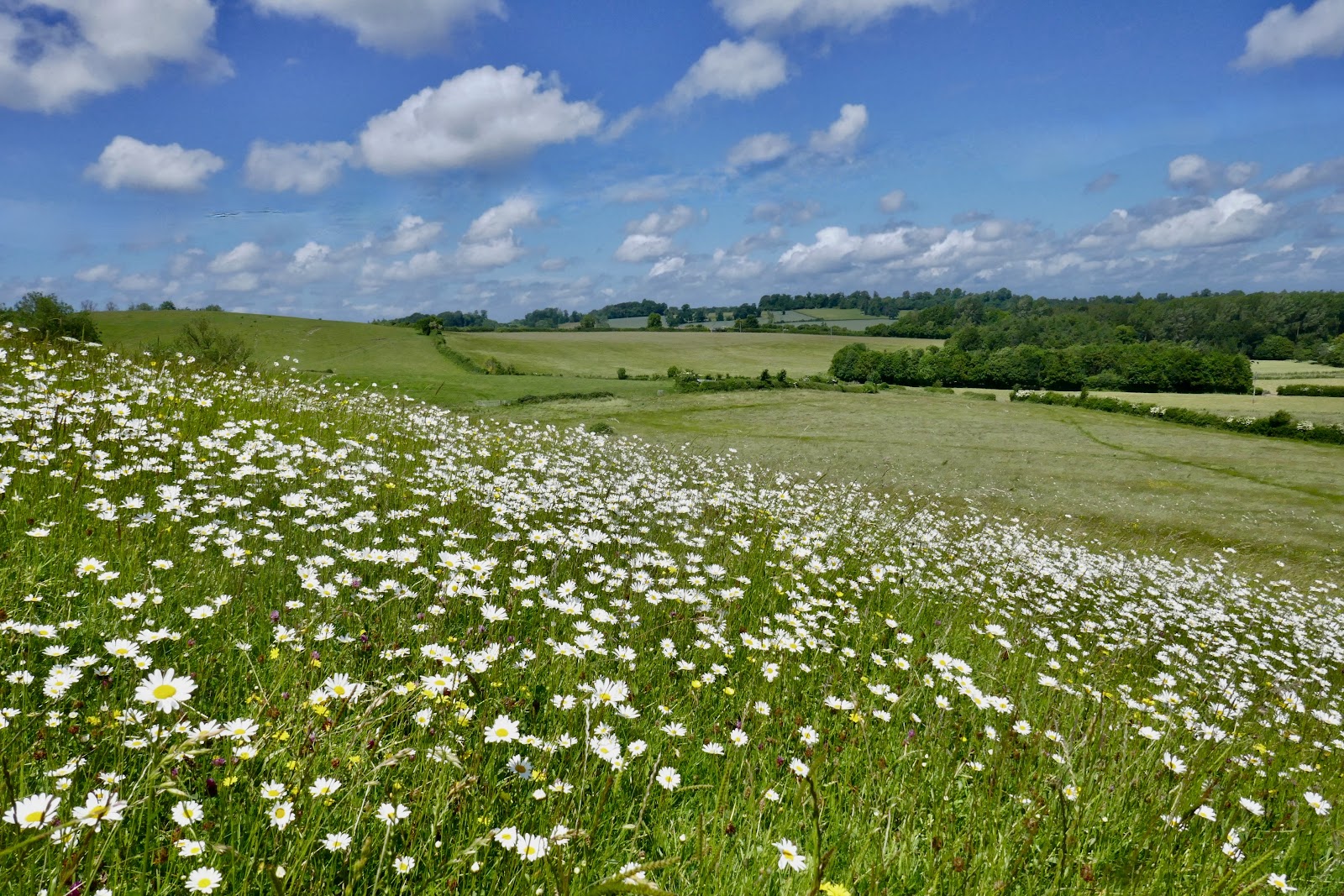