Birthday celebrations last week for the Chocolate Festival, ten years old and ready for grown-up shoes - chocolate ones, of course, created by Chocolate Arthouse, along with selection boxes of artistry that tastes as good as it looks... 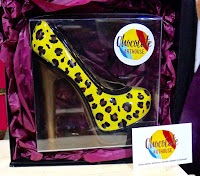 and most of the goodies in this extravaganza of exotic taste sensation are ethical and even healthy - raw chocolate featured strongly, with individual makers keen to show their processes. Solkiki's stall drew a big crowd avid to hear how ethical trading and purity of produce has won them masses of awards, and the emphasis overall was on high quality and hand-made.  Huge credit to Frome's Jo Harrington for inventing and organising this party-atmosphere market - and luckily the weather was fine for queues of literally hundreds of tasters & festive-gift buyers snaking across Cheese & Grain car park all day.

Music now, and several excellent gigs: On Wednesday we enjoyed an evening with 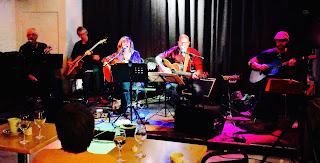 The Valley, billed on the Grain Bar's Roots Sessions menu as 'string-driven drive-thru Americana, nifty blue-grass wiz, jazzy arrangements, good ol'country, and a dash of blue-eyed Trojanish/melodian early reggae stuff.' I'm suspecting Steve Loudoun's hand in this thoughtful diagnosis, which sounds a fine summary - and Nikki's singing of the band's version of The Way It Goes is heart-melting. 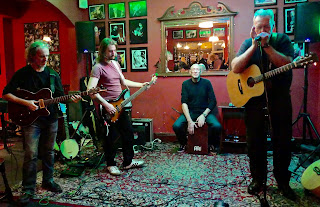 Friday at the Cornerhouse gave us the We Don't Scare Tribe plus one, as customer Philip White noticed as he quaffed his pint that the guys were missing their bassist so dashed home to return with various instruments, and join the jamming. Result: a really great night, with much dancing. 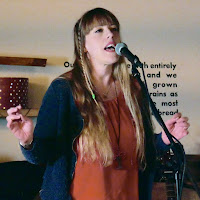 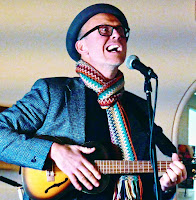 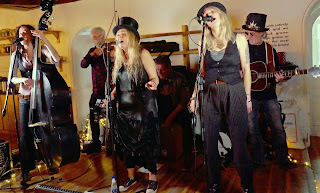 In a sad but important footnote to this post, this was the week of Jill Miller's funeral, after she finally submitted to the cancer that she wrote about so much, in prose and in drama for her Little Gift theatre company production of Time Bomb (shown up and down the country as a learning piece for the medical profession) which also inspired her to found the charity Positive Action on Cancer, now renamed WHY but still active. I first met Jill through the Labour Party party when Tony Benn came to Frome in 1999, discovered she had written the 1980s feminist best-seller Happy As A Dead Cat, and was privileged to be her friend from then onward. We wrote much together, and always planned to do more, so I'm ending with this image from my birthday last July. Jill was the kind of amazing person who is everyone's best friend: this is her being mine. 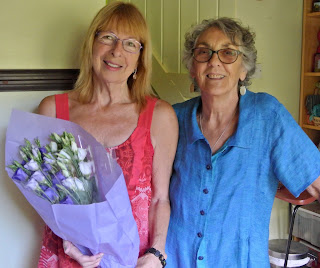