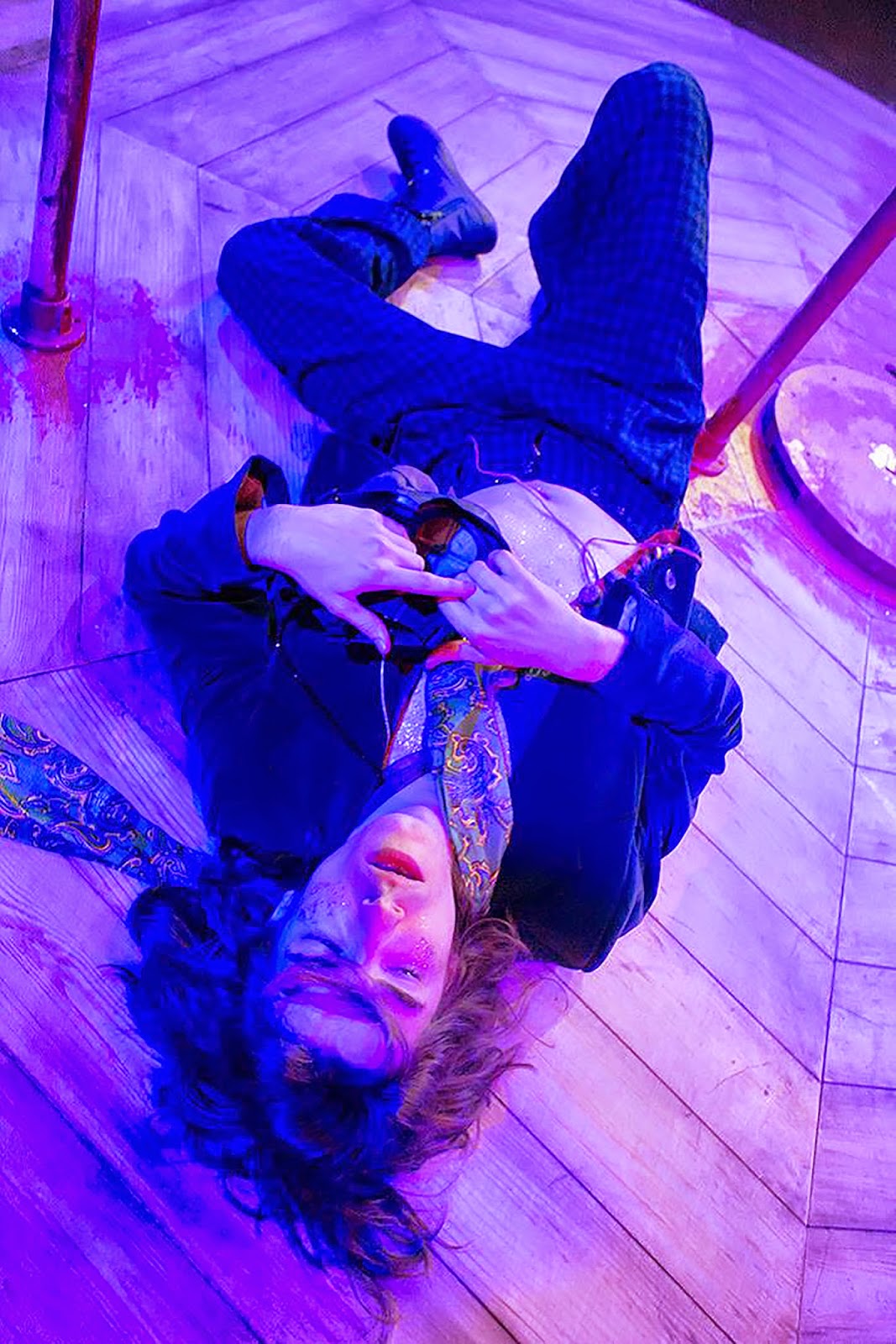 The first play in Bristol Tobacco Factory’s SATTF season is always a high-expectation event. Their in-the-round staging is brilliant for Shakespeare, and this new production of Romeo and Juliet, unusual in the 16 year history of Shakespeare at the Tobacco Factory, is directed by someone other than prime mover and founder Andrew Hilton. Polina Kalinina’s version is not so much a romance of star-struck lovers as a tale of social and generational struggle: the violent anarchy of Lyndsay Anderson’ If is her reference, and the story is set set in the post-world-war turbulence of the 1960s (terrific design by Emma Bailey, whose costumes bring glamour as well as era identification to this dark story).  Action revolves on a vast playground roundabout, a metaphor for the gamesmanship of dominant groups as well as ready source of metal rods for weapons in the street fights that are context and communication for the sparring tribes.
As always, the actors are all excellent, with a stand-out performance from Oliver Hoare as a charismatic Mercutio, whose shiveringly-well staged death sets in motion the inevitable tragedy. Some traditional elements have gone ~ no balcony musings for this bed-bouncing young Juliet, and with no role for a Nurse, this character becomes more of a sit-com whacky neighbour ~ but the transposition from Renaissance Verona to a more West Side Story cityscape successfully highlights those timeless central themes of love and freedom.  image Toby Farrow.

Paradoxically, the first production of Romeo & Juliet I saw was actually in this era, as a stage-struck teen, in the 2-shilling ‘standing seats’ of London's Old Vic. Franco Zefferelli directed, and what I most remember ~ apart from Judi Dench’s terrifying tantrum when her nurse tried to stop her eloping ~ was a sense that all these people shared history together, a long-term intimacy of kinship or enmity. That was the one element lacking for me in SATTF's otherwise thrilling production.
Posted by Crysse at 3:32 PM