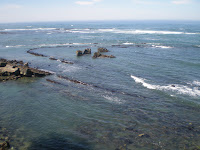 To encourage my aim of walking every coastal path in striking distance, Mo took me to his building project above the cliffs at Moss Beach and loosed me there like a homing pigeon, except without wings and -more significantly- a sense of direction. He pointed me south and said 'Remember the tide's coming in' and I set off, scuttling like a Purple Shore-crab across the boulders along the rim of the ocean. 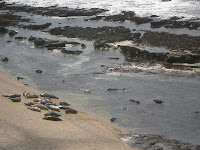 I know the type of crab because my route took me through the Fitzgerald Marine Reserve, 'one of the most diverse regions in California' according to the pictureboard. Volcanic action has shaped the rocks into huge hoops which are a haven for all kinds of wild life: while I was focusing on some comatose seals about thirty pelicans came flapping slowly past.
"Seals don't hate us, honey, they just want to be left alone" a woman was consoling her child. 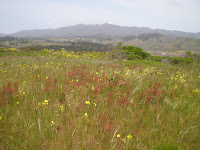 Keeping the Pacific on my right and the skyline hills on my left for about 3 hours brings me back to the harbour where I can watch the windsurfers riding the long waves with a gigantic fig icecream. Me, not the surfers. They need their hands free. 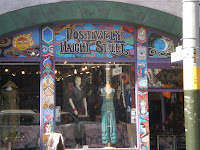 The Haight is the hippy area of San Francisco, a bit like Glastonbury but harder-edgy and with more sunshine. Mo and I had a mooch around the coffee bars and a browse in Amoeba music shop and then headed for Diamond Dave's open mic night. 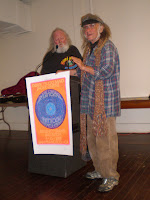 Diamond Dave boasts the longest running poetry cafe in San Francisco. "On that street some call Haight and some call Love, I turned 30 in that golden summer of '67" he tells us, and introduces us to the eclectic audience: "We have a representative of the British and Irish working class, coming together to prove that the whole is more than the sum of its parts, isn't that beautiful?" Guest of the night was a self-styled beat in Ugg boots nostalgic for the murk of his drug days, but better stuff came from the floor readers, a few similarly self-indulgent but some sharp and topical.

Highlight was Dee Allen whose poem Face Down moved the agenda from rainbow-tinted nostalgia to powerful political protest at the recent killing of Oscar Grant by two Bay Area Rapid Transit police officers. 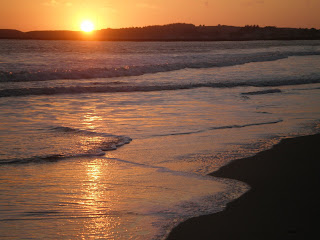 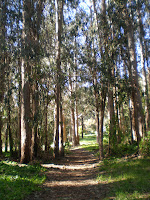 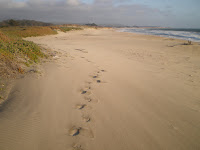 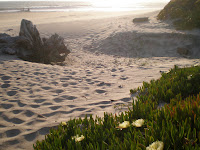 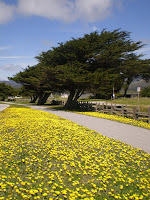 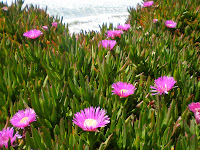 Mmm Crysse...you paint a palette of words which dance with your photos. Gosh... wish I was there!