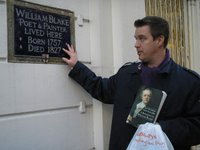 The Sunday afternoon Blake Walk was Peter's idea. A tour of the Soho-ish area of London where the visionary artist lived and died sounded informative and intriguingly quirky, so at 3 o'clock on the corner of South Moulton Street we introduce ourselves to a man in a Serbian greatcoat holding aloft a biography of William Blake. This is Niall McDevitt, who brings charisma and passion to his talk as he leads us through the streets declaiming couplets and creating an extraordinarily vivid picture of the life and times of the struggling engraver and poet. 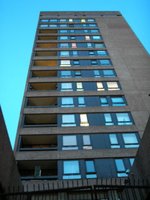 Most of the places are not as they were in Blake's day; his birthplace is now marked by a fairly hideous block of highrise flats and the place where he died is the staff entrance of the Savoy Hotel - even the institution where he learned engraving is a pavement intersection now - so we stand at doorways which exist only in another time dimension, all made hauntingly real by Niall's commentary.
The walk lasts over 3 hours but the time melts. It's all fascinating. Blake's fortitude in holding to his beliefs and his artistry even though he was dismissed as 'an unfortunate lunatic', the exquisite love story of his marriage, the dark comedy of his bizarre rants, rows, and aversions... he shunned all hierarchical institutions except Heaven, it seems. 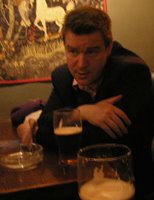 By the time of his death even his loyal patrons had given up on him though he still had Kate, ever his angel - to comfort him. He printed just 4 copies of his final work, Jerusalem, and coloured only one.

My entering knowledge of Blake was shamefully limited - little more than that familiar picture of a bearded nude emerging illuminated from what might be a can of tomato soup, the hymn now appropriated by the BNP, and his interrogation of a burning tyger: "Did He who made the lamb make thee?" As it transpires, Blake's obsession with extremes and opposites may have stemmed from his own - probable- bipolar condition. But at the end of this brilliant piece of interactive street theatre I'm feeling a real, and humbling, empathy with this unappreciated bard who genuinely did not cease from mental fight, in his life and art.
A great afternoon - 5 stars, definitely. 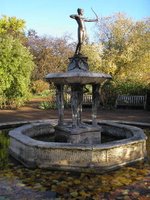 Another day, another pilgrimage: is this Rima, Epstein's homage to WH Hudson who wrote Green Mansions? The Hyde Park map locates it somewhere around the rose garden. Does this look Epsteinish? I'm not convinced... but we enjoy our walks through the parks (we were staying in Kensington) throughout a weekend that confounds the forecast by being mild, dry and gloriously sunny. 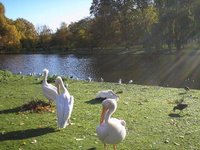 But the visit is not just for walks, and our Saturday night family gathering is really special... thank you so much Mart, Sarah, Sam, Sally, Ben, Jem, and Mikey 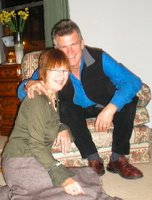 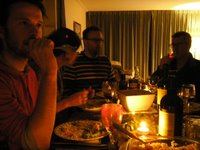 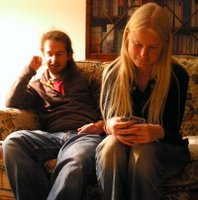 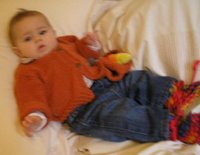